There’s hope for democracy in Turkey – but it needs help

There’s hope for democracy in Turkey – but it needs help 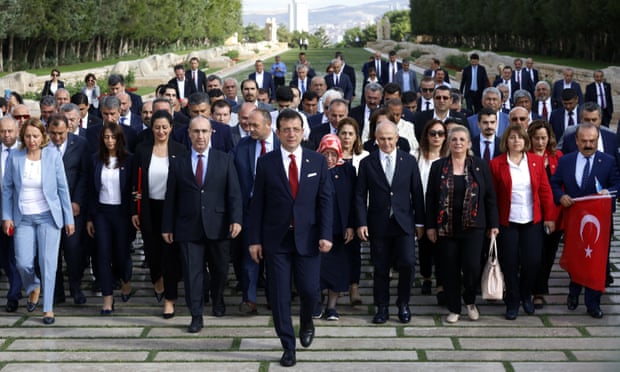 I have never been an exile in the strict sense of the word. I left Turkey voluntarily – mostly for professional reasons – in 2011, long before the crackdown on academics began. The country was still being described as “partly free” by the Freedom House Democracy Index, though the early signs of the regime’s authoritarian slide were already clearly evident.

The rest is history. Or a suspenseful horror flick with many twists. While I was enjoying the peace of a Swedish university town where the front page of the bestselling regional newspaper Sydsvenskan reported the “tragic story” of an undergraduate student who filed a police complaint about a local hairdresser who over-trimmed her split ends, Turkey was rocked by country-wide protest movements, an increasing police clampdown, mass purges and a failed coup, all topped off by half a dozen elections and a change of regime from a parliamentary to a (super-)presidential system.

I thus joined the ranks of the newly founded “WhatsApp diaspora”, a small, yet growing group of Turkish citizens in various countries who were communicating with each other through presumably secure encrypted applications and expressing their discontent by retweeting the hashtag du jour. When at some point during Istanbul’s Gezi Park protests in 2013 I managed to attract the wrath of the ruling AKP party’s troll army through my social media activism, I even received death threats – so for three months I went around with a special alarm, a little keyring-like red button that I had to hide from my then three-year-old son.

All these years spent outside Turkey have taught me two things. First, the meaning of being in exile. I still wouldn’t describe myself as an exile, for this would be adding insult to the injury of hundreds of thousands of others who have had to flee their homes, often leaving their loved ones behind, simply to avoid spending the rest of their lives behind bars. I was among the lucky ones. The threats to my life stopped overnight when the news spread that my son was terminally ill. I could go in and out of Turkey to visit my family as I wasn’t part of the “Academics for Peace” group – the name given to more than 2,000 signatories of a petition that demanded a peaceful resolution to the decades-long conflict between the state and Kurdish PKK militants. And my activism on behalf of my colleagues, friends and other victims of our autocracy didn’t cause me much trouble.

But I now knew how it felt to be in exile. Not only vicariously, through the experiences of acquaintances who were stripped of their basic rights and freedoms, but also through my own sense of loss and nostalgia. Turkey was not my home any more. It had morphed into what was emphatically called the “New Turkey”, under quasi-fascist one-man rule. Finally, I could grasp the deeper meaning of a line in James Baldwin’s novel Giovanni’s Room: “You don’t have a home until you leave it and then, when you have left it, you never can go back.”

Perhaps more importantly, looking at things from a distance has enabled me to formulate my own theory of democracy in Turkey. Democracy in Turkey is like dew. I wasn’t aware, until I’d done some research, that dew forms mostly on clear nights when exposed surfaces lose heat to the sky by radiation. Then these surfaces cool the surrounding air, and with sufficient humidity, the temperature falls below the “dew point”, with vapour condensing out of the air on to the surfaces.

This is pretty much the story of Turkey’s experiments with democracy. A lot of factors need to converge for even a semblance of democracy to occur: clear nights, the right temperature, sufficient humidity. When it all comes together, we have a relatively free political environment like little oases of water droplets. If we are lucky enough, droplets proliferate, merge and become resilient. Perhaps the Gezi Park protest was such a moment. Or the first term of the AKP, when the party needed the support of various segments of society and the European Union to survive the military juggernaut. Unfortunately, it takes a lot for democracy to materialise, but not much for it to be dispersed. A simple blow, either by the military or an elected strongman such as Recep Tayyip Erdoğan, is enough to break up the painstakingly formed droplets. And democracy evaporates.

I see the recent victory of the opposition candidate Ekrem İmamoğlu in the rerun of Istanbul’s municipal election as such a moment. The night was clear: the military neutralised, the PKK defeated and the Gülenists accused of being behind the 2016 coup attempt banished. The temperature was right: the economy was not doing well and the crisis with the US over Russian S-400 missiles was simmering. And propitious humidity levels were reached when the opposition formed a coalition indirectly involving the Kurds and managed to nominate a charismatic, unifying figure to run against the AKP’s tedious candidate. The political surface was fully exposed to air when Erdoğan ordered a rerun of the elections. On the morning of 25 June, the whole of Turkey was covered with dew.

The challenge ahead is huge. It is not too difficult for Erdoğan to shake things up and get rid of the droplets before they merge into a pond. And after all, politics is not thermodynamics. Rules can be bent or altered. If we want the water droplets to stabilise and spread, we must protect them. If we want to have our home back – “those things, those places, those people which [we] would always, helplessly, and in whatever bitterness of spirit, love above all else”, as Baldwin wrote – we must reclaim it.

• Umut Özkırımlı is a political scientist based at Lund University, Sweden, and the author of Theories of Nationalism: A Critical Introduction

Tags:
Previous Article
Turkey adopts wide-scale deportation, crackdown against Syrian refugees
Next Article
Turkey Is a Bad Place to Be an Influencer