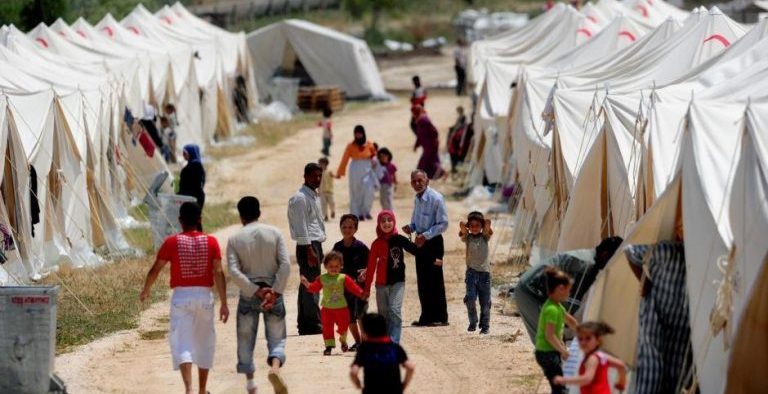 A wide-scale security campaign has been launched for nearly a week by the Turkish authorities against thousands of Syrian illegal labour and refugees in different parts of Turkey.

The Turkish authorities detained and deported hundreds of Syrians in the last few weeks in one of the most severe security campaigns against refugees since the start of civil war in Syria, according to a report from the New York Times that quoted some Syrian migrants.

The report noted that the majority of the arrests against refugees took place in Istanbul that is considered the main destination for refugees due to the availability of work opportunities.

The arrested Syrian refugees are believed to be deported to areas in Syria where instability is the headline, such as North Syria, mainly Idlib.

Most of the Turkish employers prefer to hire Arab nationals who are illegally based in Turkey to avoid paying taxes to the government as the Turkish law stipulates that any employer should hire five Turkish workers and in return hire a non-Turkish one.

The New York Times report indicated that there is no accurate statistics of the Syrian refugees in Turkey, however, human rights’ defenders say that hundreds of Syrian refugees were detained and transferred to the Turkish-Syrian borders.

Hostile wave against Syrian refugees in Turkey has been on the rise, particularly in the wake of the latest elections in Turkey as many voters criticised the ruling party of Justice and Development, headed by the Turkish President Recep Tayyip Erdoğan, for hosting Syrian refugees and dedicating the state’s resources for them.

The newspaper noted that the alleged deportation of Syrian refugees led to uproar among the Syrian people who are based in the country for several years, estimated at 3.6 million people.

Turkey has moved to suspend the flow of illegal migrants through tightening security measures on the borders as part of the 2016 deal between Turkey and the European Union to limit Syrian refugees flow into Europe.

The recent security campaign against refugees included underground stations, buses, and some districts with high density of Syrians. It also targeted shops owned by foreigners, mainly Iraqis and Syrians.

According to a statement released on Monday from the Istanbul’s local authorities, there are 547,000 Syrian refugees in the city who fled their country due to the ongoing war in their country.

The statement called on the Syrians who are residing illegally in the city to leave it by 20 August, local Turkish media outlets reported, adding that security forces through the campaign launched under the slogan “Safety and Comfort of Turkey” checked 500,000 IDs and 170,000 vehicles, and arrested more than 1,000 people around the country.

According to a study published last week by Kadir Has University in Istanbul, the number of Turkish people who oppose the presence of Syrian refugees in the country increased from 54.5% to 67.7%.

Tags:
Previous Article
Emerging Market Crisis From Turkey – Tragedy But No Farce
Next Article
There’s hope for democracy in Turkey – but it needs help