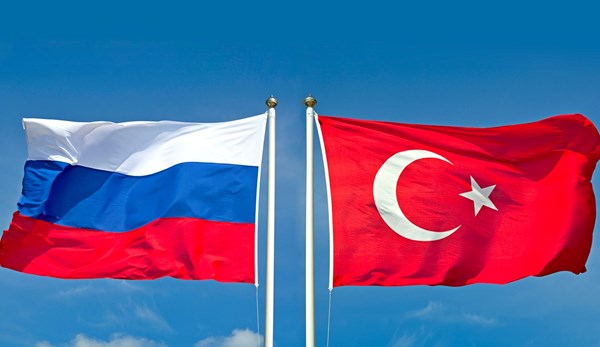 Russia and Turkey have signed secret agreements regarding Syria. Confirmation of this was given in Turkish parliament, reports the Russian news outlet Rambler.ru. Ünal Çeviköz, vice president of the primary opposition force in the country – the Republican People’s Party – has obtained documents confirming that closed-door agreements have been signed between the countries. Moscow has supposedly agreed to allow forces loyal to Turkey to attack the Kurdish armed groups.

Çeviköz managed to get hold of the information through a “parliamentarian’s inquiry”, Nordic Monitor reports. The opposition MP said that Turkey has agreed to withdraw its troops and equipment from Syria’s Idlib province, which is controlled by opposition groups. This is needed by the Syrian government army, which wants to regain absolute control over the entire country. According to the information obtained by Çeviköz, in exchange, Russia has agreed to turn a blind eye to attacks by the pro-Turkish forces – certain divisions of the Free Syrian Army – against the Kurdish militarized groups that are holding the north-eastern regions of Syria. Ankara officially views the Kurdish groups as terrorists.

Çeviköz first made such an inquiry in May. It was addressed to Turkish Foreign Minister Mevlüt Çavuşoğlu, but was ignored.

The opposition MP did not hesitate to accuse the Turkish government of interfering with Syria’s internal politics. He requested information about a possible date when there had been direct contact with the Syrian regime; information about security measures being taken against the appearance of terrorist groups in Turkey, and about the process of distinguishing between radical and moderate groups. Çeviköz’s inquiry followed repeated threats from Turkish President Recep Tayyip Erdogan to unilaterally launch an offensive on the Kurdish militarized groups in northern Syria. Until then, the Turkish leadership had apparently focused on enlisting international support for its military operations. Russia would most likely not object to Turkey taking such steps. This level of understanding between Ankara and Moscow was made possible by indecision on the part of the US government.

Nordic Monitor believes that Çeviköz learned of the secret deal through his extensive connections to the Turkish Foreign Ministry, where he worked for many years.

Idlib is the only major region of Syria that is still controlled by the armed opposition. In May 2017, Russia, Turkey and Iran agreed to establish a de-escalation zone in the provinces of Daraa, Eastern Ghouta, Homs and Idlib. Turkey has been especially concerned with maintaining its influence in Idlib. When the Syrian government tried to start an offensive in this region, the Russian and Turkish presidents met in Sochi on September 17, 2018, and agreed to establish a 15-20 kilometer de-militarized zone in the province. In accordance with this deal, Turkey both deployed its own forces in Idlib and established observation posts in order to prevent escalation between the Syrian government forces and the rebels.

The situation began to deteriorate on August 19, when Syrian President Bashar al-Assad’s army began its active assault on the city of Khan Shaykhun in Idlib, which has been under rebel control since 2014. On the same day, the Syrian Foreign Ministry accused Turkey of providing military assistance to militants linked to the remnants of the Al-Nusra Front. The diplomatic department claimed that Ankara had dispatched a munitions convoy to Idlib in order to save the opposition

troops. On the same day, the Turkish military convoy came under fire on its way to reinforce observation post number nine. They convoy was reportedly moving along the Aleppo-Damascus route. According to the Turkish Defense Ministry, it was attacked by Turkish government aircraft. Ankara reported that three people had been killed and 12 wounded. Turkey drew attention to the fact that Russia had been notified about the convoy’s movements, the goal of which was apparently not to equip the opposition but to prevent the Turkish troops from being surrounded.

These recent developments indicate that the history of Idlib is about to reach its climax.

What do the regime and Russia want from Daraa province?
NAT 26th September 2021

What do the regime and Russia want from Daraa province?