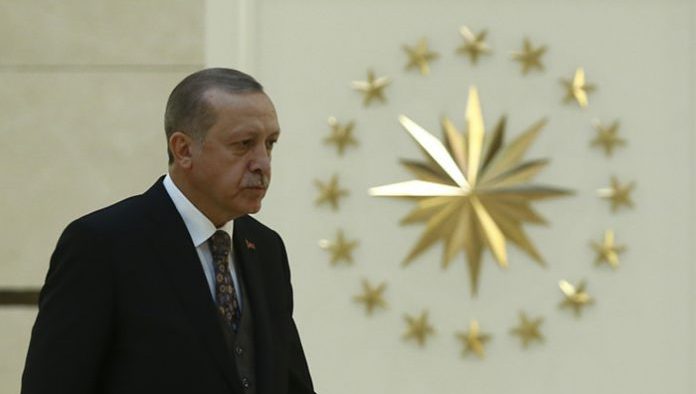 Erdoğan, modern Turkey’s longest serving leader, has already faced a series of setbacks this year including an economic recession that has eroded AKP support and defeat for his candidates in mayoral elections in Ankara and İstanbul.

The June loss in İstanbul prompted ex-economy minister Ali Babacan to resign and call for a “new vision” for Turkey. Former Prime Minister Ahmet Davutoğlu, once Erdoğan’s closest ally, also resigned from the party two weeks ago, saying it had lost the ability to solve the country’s problems.

The defections pose a serious challenge to Erdoğan’s 16-year rule in Turkey, a NATO member bridging Europe and the Middle East that wields regional power despite the downturn that hit its $722 billion economy.

The AKP already relies on an alliance with nationalists for its parliamentary majority, leaving it vulnerable if it loses even a small proportion of votes to new parties set up by either Babacan or Davutoğlu.

Three former party stalwarts who spoke to Reuters said the AKP would continue to lose members because it had lost touch with its base and its founding principles.

“Virtually every day colleagues who have taken roles in the party since the first day are choosing a new path,” said a former senior official who resigned from the party. He declined to be identified.

“We used to be a party where there was considerable consultation, but there is not a trace of that left,” he said. “Many friends want to make a new start in Babacan or Davutoğlu’s party.”

A senior official at AKP headquarters who asked not to be identified played down the defections, saying figures like Babacan and Davutoğlu did not enjoy the popular support that Erdoğan still attracts.

“The AKP is a powerful party and will overcome this period,” he said. “I do not expect large-scale, mass resignations.”

When the AKP was launched in 2001, it blended an Islamist-rooted outlook with a pro-Western, democratic and liberal market approach that enjoyed broad popular backing. Since then Erdoğan has won sweeping powers under a new executive presidency, approved in a fiercely contested and polarizing referendum.

While a series of former lawmakers have joined Davutoğlu in resigning, the AKP’s representation in parliament has remained steady with 291 MPs in the 600-seat assembly.

However, official data show the huge membership of the party as a whole slid to 9.87 million by early September, from 10.72 million in August of last year.

In a speech to party officials earlier this month, Erdoğan played down the decline, saying that 95 percent of the fall was due to deaths of existing members and that membership was still more than 10 million.

But some commentators say the sliding membership reflects an underlying decline in support.

“Erdoğan’s popularity over the last seven years … is generally on a declining trend, artificially boosted by one-off events, to the point where it looks irreversible,” said Gareth Jenkins, of the Stockholm-based Institute for Security and Development Policy.

Among former lawmakers who have resigned and declared support for Davutoğlu is Cuma İçten, who entered politics in the 1990s with the Islamist Welfare Party from which Erdoğan himself emerged.

In a statement on his Facebook account last week, he said those leaving in the AKP were now being labeled as traitors just as those forming it in 2001 were accused of betraying the Islamist movement.

“The government has declared everyone who is not a member of its own party as a traitor and has marginalized everyone who does not think like it,” İçten said in his statement.

Another former party member said he and other colleagues had resigned after feeling excluded.

“New resignations are coming constantly,” he said. “We believe that we will express ourselves better in new parties. … There are many colleagues who want to follow us.”

Jenkins said a party formed by Babacan would draw support away at a critical time, with Erdoğan making policy “mistakes and miscalculations” in the absence of good advice.

“He has become more disconnected from the expertise and competence within the AKP, increasingly surrounded by ‘yes’ men,” Jenkins added.