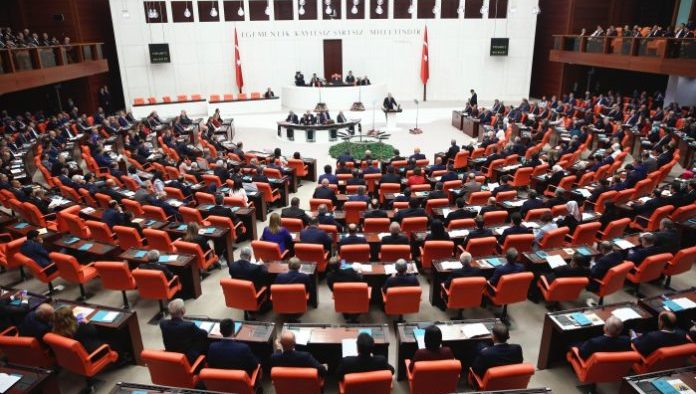 A man tried to commit suicide in the Turkish parliament by taking a bottle of pills after he met with several deputies seeking their help in finding a job, the Birgün daily reported.

The man, whose name was not revealed, attempted suicide in the office of ruling Justice and Development Party (AKP) deputy Osman Nuri Gülaçar on Wednesday afternoon.

He was saved by the immediate intervention of parliament’s medical staff.

There have been frequent cases of suicide in Turkey over the past weeks caused by financial problems.

On Nov. 15 a family of three, including a child, were found dead in their apartment in the Bakırköy district of İstanbul in an apparent murder-suicide.

The father, identified as Bahattin D., ingested cyanide while the others in the apartment were poisoned by inhaling the lethal substance, according to a statement from the İstanbul Chief Public Prosecutor’s Office. The prosecutor’s office also said Bahattin D. was working in the gold trade and incurred a large amount of debt due to unregistered gold sales on some websites.

On Nov. 6 four siblings were found dead in an apartment building in İstanbul’s Fatih district due to cyanide ingestion.

The siblings, two women and two men, aged from 48 to 60, were reportedly heavily indebted and faced with increasing financial troubles, especially since they inherited a significant amount of debt from their late parents.

Three days later a family in Antalya was found dead at home, also due to cyanide poisoning. The children, who were 5 and 9 years old, were found dead in the living room still holding hands. The father had been unemployed for an extended period and left a note explaining the difficulties he had been going through.

“I apologize to everyone, but there is nothing left I can do,” the father, Selim Şimşek, wrote in the note.

In the meantime, Turkey’s unemployment rate rose to 14.0 percent in the July-September period from 13.9 percent a month earlier, official data showed on Nov. 15, with youth unemployment hitting a record high of 27.4 percent as a recession continued to hit workers.