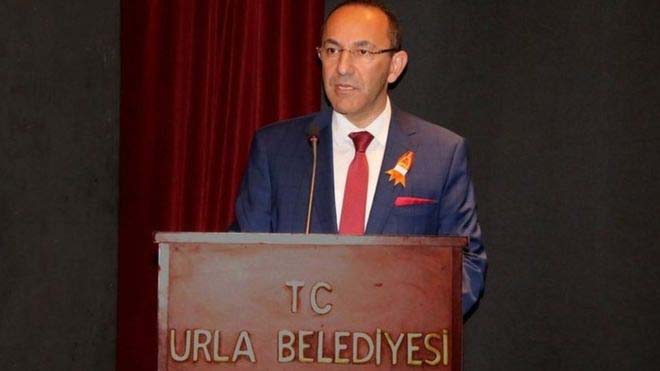 Turkish prosecutors have for the first time extended their purge of opposition mayors accused of having links to terrorists to a representative of the main opposition Republican People’s Party (CHP).

Burak Oguz, the CHP mayor of Urla district in the Aegean coastal province of Izmir, has been arrested over his alleged membership of the Gulenist network that Ankara claims orchestrated the failed coup of July 2016, a prosecutor’s office said on December 17. Since the local elections in March, Ankara has removed 28 co-mayors of the pro-Kurdish People’s Democratic Party (HDP) due to alleged links to Kurdish militants. Twenty-two co-mayors have been arrested since August and 19 remain in pre-trial detention, the HDP says. The purge regained momentum after Turkish forces invaded northeast Syria in early October to pursue Kurdish “terrorists”.

Deniz Yucel, head of the CHP’s Izmir provincial group, on Twitter refuted the accusation that the mayor belonged to the Gulenist network, sometimes known as “FETO”. “There is no chance for FETO to survive within the CHP,” he said. The party condemns the judiciary for removing from office those who were elected, he added.

President Recep Tayyip Erdogan is under political pressure as he struggles to fix Turkey’s economic fortunes following a year in which the country sank into recession in the wake of the summer 2018 balance of payments crisis. Two former allies have lately announced they are forming political parties to challenge his Justice and Development Party (AKP). The local election results did not help Erdogan’s cause. Not only was there a very strong showing by the HDP in predominantly Kurdish areas, the AKP lost a string of city administrations including those of Ankara and Istanbul to the CHP.

The CHP’s Ekrem Imamoglu, who won the vote, and then a ‘revote’ with a landslide, to claim the iconic mayoralty of business and cultural capital Istanbul—once held by Erdogan himself as his political career took off—is now seen by many observers as having the potential to become Turkey’s next president should Erdogan fall. Erdogan has lately been quite aggressive in comments directed at Imamoglu. On December 13 he told the mayor to “mind your own business” after Imamoglu expressed objections to Erdogan’s Kanal Istanbul mega project.

In early September, Turkish Interior Minister Suleyman Soylu threatened “to devastate” Imamoglu in response to his support for the ousted pro-Kurdish mayors of the cities of Diyarbakir, Van and Mardin, who were replaced with government appointees. But he then followed up with remarks in a CNN Turk interview in which he said: “For Istanbul and Ankara, for such a thing to be in question [appointment of trustees as replacement mayors] is not possible.”

Ankara has massively cracked down on suspected followers of US-based self-exiled Muslim cleric Fethullah Gulen, a former Erdogan ally, since the 2016 coup attempt. Gulen strenuously denies having been involved in the move to dislodge Erdogan, but in the three and a half years since the putsch effort was foiled purges have seen more than 77,000 people jailed pending trial and about 150,000 civil servants, military personnel and others sacked or suspended from their jobs.

Rights groups have criticised the huge extent of the crackdown, saying Erdogan has used the abortive coup as a pretext to quash dissent.

Ankara defends the measures as a necessary response to the height of the security threat Turkey faces.