The simple fact that it was agreed in advance that Donald Trump and Kyriakos Mitsotakis would not hold a joint press briefing following their meeting on Tuesday in Washington was a clear indication of how the US president perceives Greek-American relations. It also underscores the justifiable fear in Athens of Trump’s impulsive behavior.

Concern in Athens is augmented by the fact that Trump has made no secret of his admiration for Turkish President Recep Tayyip Erdogan, whom he has in the past described as a “friend of mine” and “a hell of a leader.”

The American leader justified the behavior of the Turkish strongman, who snubbed NATO by purchasing Russia’s S-400 missile defense system despite objections by the Atlantic Alliance, putting the blame on the Obama administration for refusing to sell US Patriot missiles to Turkey.

Trump went as far as to praise Erdogan in public in the wake of Turkey’s incursion into northern Syria – a brazen military act that was in violation of international law.

As this column has said before, if Trump has no qualms about sacrificing the Kurdish forces who allied with the United States in the war against the so-called Islamic State, then there is very little that other US allies which have not lost 11,000 troops on the battlefield (such as Greece) can hope for.

Worse, after the incomprehensible assassination – on Trump’s orders – of Iran’s most powerful military commander, General Qassem Soleimani, in a US drone strike, Turkey and its military bases have gained fresh significance. Should Iran deliver on its pledge to retaliate, the US must be in a position to respond forcefully. [Iran launched a missile attack on two Iraqi military bases hosting US-led coalition personnel as retribution for the US Soleimani’s killing last week. Trump said “all is well” following the attack and that he would make a statement on the situation on Wednesday.]

To be sure, Trump has never appeared to underestimate Greece. On the contrary, he seems to appreciate the increased defense cooperation between Athens and Washington – which also resembles a guarantee as it helps offset a precious albeit unpredictable Ankara.

However, Turkey and Erdogan’s stock has jumped through the roof in the Trump stock market. And amid impeachment proceedings, the US president will apparently do anything it takes to achieve his re-election in November.

Mitsotakis’ meeting with Trump may have been successful. However, in light of recent developments, Athens’ complaints against Ankara’s provocations in the Aegean and its illegitimate agreements with Libya probably come second.

Regrettably, as far as the White House is concerned these days, Greece is a good option but Turkey is better.

Tags:
Previous Article
Back to the Ottomans? Turkey is set to send troops to Libya
Next Article
Turkey’s opposition vows to continue fight against tyranny

Why the Turkish-Greek island spat flares up again and again 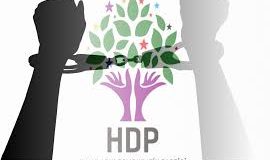