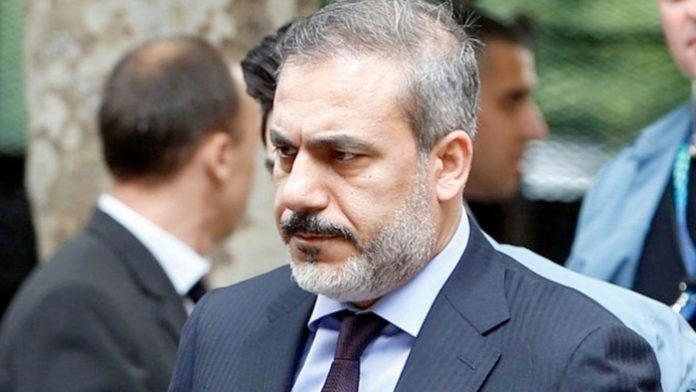 The Turkish and Syrian heads of intelligence met in Moscow on Monday, in the first official contact in years despite Ankara’s longstanding hostility to President Bashar al-Assad, a senior Turkish official and Syrian news agency SANA said.

According to Reuters, both sides have said there have been intelligence contacts but that this is the first explicit acknowledgement of such a senior meeting.

Turkish President Recep Tayyip Erdoğan backs rebels who fought to topple Assad during Syria’s nine-year civil war. Erdoğan described Assad as a terrorist and called for him to be driven from power, which earlier in the war had appeared possible.

But Assad’s allies Russia and Iran helped turn the conflict around, and with US forces now withdrawing from northeast Syria, Assad’s Russian-backed troops are sweeping back into the region just as Turkish troops move in from the north.

Turkey’s intelligence chief, Hakan Fidan, and his Syrian counterpart discussed a ceasefire in Syria’s Idlib and possible coordination against the Kurdish presence in northern Syria.

The discussions included “the possibility of working together against the YPG, the terrorist organization PKK’s Syrian component, east of the Euphrates River,” a Turkish official said, speaking on condition of anonymity.

Ankara deems the Kurdish People’s Protection Units (YPG) a terrorist organization and the Syrian branch of the Kurdistan Workers’ Party (PKK), a separatist group that has waged a decades-long insurgency in Turkey’s Southeast.

The SANA news agency said Syria’s intelligence chief called on Turkey to respect the sovereignty of Syria, its independence and its territorial integrity as well as immediate and full withdrawal from the entire Syrian territory.

Despite backing opposing sides in Syria’s conflict, Ankara and Moscow have grown closer, their ties strengthened by joint energy projects and Turkey’s purchase of Russian air defenses — to the anger of its NATO ally the United States.

Who Are Turkey’s Proxy Fighters in Syria?
NAT 30th November 2019

Who Are Turkey’s Proxy Fighters in Syria?