The proposed opening of three Turkish schools in Germany has rekindled a long-standing row. Here’s a look at why it’s such a sensitive issue in Germany.

Coming after years of debate over Turkish influence in German mosques, the proposal has met fierce criticism from conservative politicians.

“We don’t want Erdogan schools in Germany,” declared Markus Blume, general secretary of the Bavarian CSU, the sister party of Angela Merkel’s ruling conservatives, in an interview with media group RND on Saturday.

The German government is currently in negotiations with its Turkish counterparts to open three private Turkish schools in Frankfurt, Cologne and Berlin.

While critics such as Blume fear that the schools will extend Erdogan’s influence over the Turkish diaspora, Ankara sees the proposal as a simple reciprocal move.

“There are German schools in Turkey and Turkey is asking to be treated similarly in Germany,” German Foreign Minister Heiko Maas told broadcasters RTL and NTV.

Proponents of the plan also claim that Turkish has long been neglected in the German education system, despite strong demand in the local community.

“For decades, German education authorities have failed to offer Turkish as an optional subject alongside other foreign languages,” the chairman of the Turkish Community in Germany (TGD) Gokay Sofuoglu told the Stuttgarter Zeitung newspaper.

Nonetheless, the plans come at a time of diplomatic tensions between Ankara and Berlin, most notably over the arrest of numerous German citizens in Turkey in recent years.

Though Angela Merkel’s government is reliant on Turkey to prevent the flow of asylum seekers into Europe from the Middle East, it has also criticised Erdogan for what it sees as his increasingly authoritarian approach.

On Saturday, CSU boss Blume pointed to the forced closure of a German school in Izmir in 2018, which many in the German media perceived as an act of intimidation.

“If you close German schools in Turkey, you should not be allowed to open Turkish schools in Germany,” Blume told RND.

Other critics argue that the schools could be used to propagate Erdogan’s political agenda, with Left Party politician Sevim Dagdelen warning of possible “indoctrination”.

Leading government figures have insisted that the Turkish schools would have to operate according to German regulations.

“It has to be clear that anything taught at schools in Germany needs to be in line with our core values and laws,” Germany’s Integration Commissioner Annette Widmann-Mauz told the Funke media group.

Foreign ministry spokesman Rainer Breuel, meanwhile, said Friday that the schools would not have any special privileges.

The request for the schools comes just days after Germany’s largest islamic association Ditib announced that it would begin training imams in Germany for the first time.

The announcement Thursday came after years of criticism of the Turkish association, which runs 850 mosques and claims to represent 800,000 muslims in Germany.

Critics claim that Ditib, which has until now only employed imams sent from and trained in Turkey, has acted as an extended arm of the Turkish government in Germany.

In 2016, the association was accused of spying on members of the Turkish diaspora in Germany following a failed coup against Erdogan’s government.

Under pressure from Berlin to change its training policies, Ditib announced this week that it would open a training centre in the western town of Dahlem in der Eifel.

“In future, a large proportion of religious leaders will be more strongly in tune with the reality of life in Germany,” said Markus Kerber, secretary of state for the interior ministry. 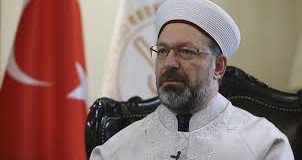