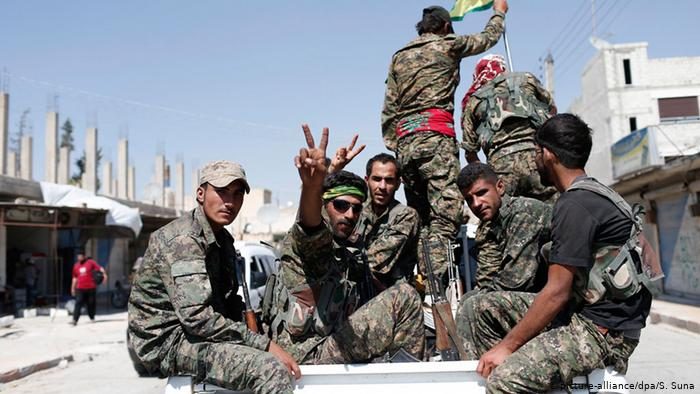 The Russia-brokered breakthrough focused on what to do with the Syrian Kurds and how to revive the Adana Agreement of 1998. “Article 1 of the agreement, which stipulates that no attack or aggression against Turkey will emanate from Syrian territory, is the main crux of Turkey’s current concern in Syria,” Syrian analyst Danny Makki said. “They do not want Syria to be a staging ground for future Kurdish attacks against Turkey.”

Contrary to what was mentioned in the opposition media, no under-the-table agreement was reached calling on the Turks to abandon Idlib in exchange for keeping troops in the occupied cities of Jarabulus, Azaz, al-Bab and Afrin. The security meeting was first announced through the Syrian state-run SANA news agency, meaning that Damascus wanted it publicised to send a message to all players in the Syrian conflict.

Joint efforts against the Kurds

Both countries feel increasingly worried by the Kurdish refusal to disarm and dismantle the Syrian Democratic Forces and the People’s Protection Units, in compliance with a Syrian-Kurdish agreement signed under Russian auspices last October.

That should have happened by year’s end but it seems to have been put off indefinitely by the Kurds, who suddenly feel re-empowered by US President Donald Trump’s decision to keep troops in north-eastern Syria, ostensibly to “protect the oil” from an Islamic State comeback.

After surrendering strategic towns such as Raqqa and Manbij to the Syrian Army, they started to try to wriggle out of the agreement, refusing, for example, to take down their flag, disarm their militias and join the Syrian Army.

By meeting publicly in Moscow, Ali Mamlouk, special security adviser to Syrian President Bashar Assad, and Hakan Fidan, head of Turkey’s National Intelligence Organisation, wanted to send the Kurds a strongly worded message that their two countries — technically at war since 2012 — are willing to set aside their differences to march on the Kurds and eradicate their institutions, regardless of how many US troops are stationed at the oil wells.

The Russians would certainly not mind. They are furious with the Kurds for backing out of the Russia-brokered agreement of October 13, 2019. They feel that, because the United States is in an election year, the Trump administration will become preoccupied with its campaign for re-election and have very little appetite to do anything concrete in the Middle East.

The Moscow meeting also dealt with the Adana Agreement of 1998, which Russian President Vladimir Putin has been trying to revive since February 2019. Both countries initially welcomed the proposal but it was put off because of Turkish elections in mid-year and Trump’s inconsistent decision on whether to withdraw or keep troops in Syria.

If revived, the Adana Agreement would lead to normalisation between Damascus and Ankara, along with the creation of joint security and military committees to monitor the borders to make sure they remain Kurdish-free.

The original agreement gave the Turks the right to enter Syrian territory in pursuit of Kurdish separatists up to 5km but only after coordinating with Syrian authorities. Putin is suggesting amendments to the original text, saying he wants to deploy Russian military police along the border strip, similar to what he did with the Israeli-Syrian border in 2018. That would give the Turks an additional layer of security and keep the Kurds at bay.

In Moscow, the two sides met to hammer out details on how and when that ought to be achieved.

Arab reaction to the Syrian-Turkish meeting

The first reaction to the Moscow meeting came from Saudi Arabia, albeit indirectly, raising concern that a Syrian-Turkish rapprochement would drag the war-torn country further from the Arab world and deeper into the orbit of Turkey and Iran.

For the past two years, Riyadh has been trying to prevent that from happening, giving approval to a warm embrace between the Syrian and Bahraini foreign ministers and reopening UAE and Jordanian embassies in Damascus.

Days after the Moscow meeting, Syrian Ambassador to the United Nations Bashar Jaafari received an invitation to attend a dinner in honour of a visiting Saudi government minister in New York. He complied, setting a precedent and triggering what the semi-official Syrian newspaper Al-Watan described as a “positive surprise” from Saudi diplomats, who said: “What happened between Syria and Saudi Arabia needs to pass.”

That story was surprisingly leaked through the Syrian media and has not been denied by Saudi Arabia. The Saudi initiative came shortly after a government delegation from the Syrian Journalists Syndicate visited Riyadh in December, signalling a snail-paced rapprochement between the two countries.

The Saudis also hosted a meeting for the Syrian opposition in Riyadh in December, replacing eight members of the High Negotiations Committee, deemed as being too close to Turkey, with members considered independent and therefore more acceptable to Damascus.

Moscow seems satisfied with the Saudi initiative, having tried to broker a rapprochement between Riyadh and Damascus since last April. It had hoped for Gulf investment to start reaching Syria, to revive its cash-strapped economy, reduce its reliance on Iran and help pay for the ongoing war effort.

That money did not come, however, because of Arab fears of US sanctions, which have increased following the passage of the Caesar Syrian Civilian Protection Act. However, the Russians seem willing to try again, hoping that by slowly nudging Syria towards Turkey and Iran, it would elicit enough fear in the Arab community to trigger further engagement with Damascus and, eventually, reconstruction money as well.

Turkey and Iran are still needed to complete what is left on the Syrian battlefield but Moscow is bent on ending Syria’s economic reliance on Iran. Gulf countries are needed, however, for the post-war reconstruction period. The two camps go hand in hand, despite their very conflicting agendas in Syria.

Sami Moubayed is a Syrian historian and author of Under the Black Flag (IB Tauris, 2015).

The message is clear: Turkey is invading Kurdistan and killing Kurds