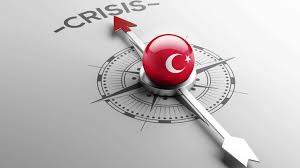 Turkey’s hopes of securing access to US swap lines have taken a nosedive with the Federal Reserve highlighting the need for “mutual trust” with any applicant country.

The Fed’s statement on Wednesday added weight to predictions that a US swap line with Turkey seems unlikely as Ankara struggles to deal with mounting economic woes.

Asked about extending swap lines to Turkey, Richmond Fed President Thomas Barkin said that the Federal Reserve opens swap lines with countries that have a relationship based on mutual trust with the US.

During the online forum, Barkin also noted that the Fed requires high credit criteria, adding that “it does not cover all countries.”

On the same day, Turkey’s state-run Anadolu Agency claimed that London-based financial institutions are attacking the Turkish lira by using manipulative operations to devalue the currency.

Meanwhile, Turkey’s battle to halt the currency’s fall suffered a further setback this week with state banks reportedly selling dollar assets while the lira fell to lows of 7.49 to the US dollar early on Thursday.

The coronavirus pandemic has piled added pressure on Turkey’s national currency, pushing it back to 2018 crisis levels when the lira hit a record low, and triggering predictions of a full-year recession.

Experts say that the way out of the currency crisis is either to ask the International Monetary Fund (IMF) for emergency assistance or gain access to the Fed’s swap line.

Turkey’s financial authorities recently hinted at the possibility of swap deals with a number of foreign central banks in order to strengthen currency liquidity.

“It looks very unlikely that the Fed will agree to a swap line with Turkey,” said Nigel Rendell, a senior analyst at Medley Global Advisers in London.

Political relations between the US and Turkey are far from good, he said.

“Many US politicians and those at the Pentagon have not forgiven Turkey for buying the Russian S-400 missile system in clear violation of NATO protocol. Other issues relating to state-run Halkbank and US-based cleric Fethullah Gulen have caused friction between the two countries,” he told Arab News.

According to Rendell, Turkey wants to use US dollars to prop up its ailing currency.

“Turkey’s central bank has already burned through a considerable amount of cash this year and is now using borrowed funds from commercial banks and other central banks while swap facilities are in place with China and Qatar. It’s effectively throwing good money after bad,” he said.

In a surprise move on Thursday, Turkey’s banking watchdog BDDK introduced regulations targeting what it described as “financial manipulation” and “deceptive transactions.”

Banking transactions that keep the price of a financial instrument at artificial levels or influence the exchange rate will be viewed as “manipulative practices” under the ruling.

Experts predict the Turkish economy will fall into recession this year.

“Despite recent suggestions from Turkish Treasury and Finance Minister Berat Albayrak that there will be positive growth for the year as a whole, given the effects of the coronavirus, like elsewhere, a recession is inevitable,” Rendell said.

Ash said that the “the lira will weaken until we see a policy response,” citing a rate hike, massive foreign exchange intervention or a plea to the IMF as possible policy responses.

But he said that an intervention on foreign exchange rates is unlikely unless the central bank gets FX swaps from friendly central banks.

In a recent interview, Ali Babacan, Turkey’s former economy chair and ex-ally of Turkish President Recep Tayyip Erdogan, said that “the IMF won’t be sufficient to meet Turkey’s foreign financing needs even if the government were to request assistance, making currency swap deals with other central banks a necessity.”

“There is no such thing as exporting to countries we’re quarrelling with and asking for swap deals as if nothing happened,” he said.

Rendell compared the request for a swap line with the Fed to a gambler who has run out of money going to the bank and asking for a loan so he can go back to the gambling tables.

“Apparently, Turkey is also looking elsewhere for swap lines, to other G20 members and also to its major trading partners. It may have more luck there than with the Fed,” he said.

During an online meeting with international investors on Wednesday, Albayrak announced that Turkey is negotiating one-to-one swap deals with G20 countries with which it has a trade deficit and also a free trade agreement.

However, Ankara still rejects any swap line talks with the IMF.

By relaxing coronavirus restrictions by next week, Turkey intends to restart its retail and manufacturing sectors, but tourism and export sectors still need time to recover.

THE MYTH OF ‘NEW TURKEY’: KEMALISM AND ERDOĞANISM AS TWO SIDES OF THE SAME COIN
NAT 13th May 2020
Submit an Op-Ed
Tweets by NewsAboutTurke1