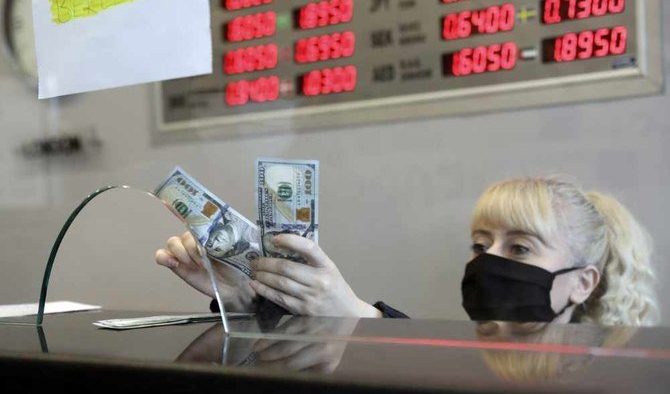 The Turkish lira fell to 7.26 against the dollar on Thursday, surpassing the previous record low of 7.24 reached during a currency crisis in August 2018.(AP Photo/Burhan Ozbilici)

The country’s Banking Regulation and Supervision Agency (BDDK) cited the banks’ failure to meet their Turkish lira liabilities in time as the reason for its decision on Thursday. How long the ban will remain in force is unclear.

Ironically, Berat Albayrak, Turkey’s finance minister — and son-in-law of President Recep Tayyip Erdogan — met with international investors at a video conference organized by Citigroup and Societe Generale the day before the surprise ban on the bank.

During the closed-door online meeting, Albayrak attempted to convince international investors that Turkey’s reserves are sufficient and said the country has been holding swap line talks with its G20 peers.

However, the ban on the three banks is unlikely to encourage international investors, and has been seen as an attempt to curb the freefall of the Turkish lira against the dollar.

“This ban on three foreign banks is an act of desperation and most likely a counterproductive move. The same is true for the narrative that the Turkish lira is depreciating because of ‘foreign manipulators,’” Wolfango Piccoli, co-president of Teneo Intelligence in London, told Arab News.

According to Piccoli, the ban signals that the Turkish Central Bank has run out of tools to defend the Turkish lira. “It is not an efficient way to shore up the currency in the short term,” he warned.