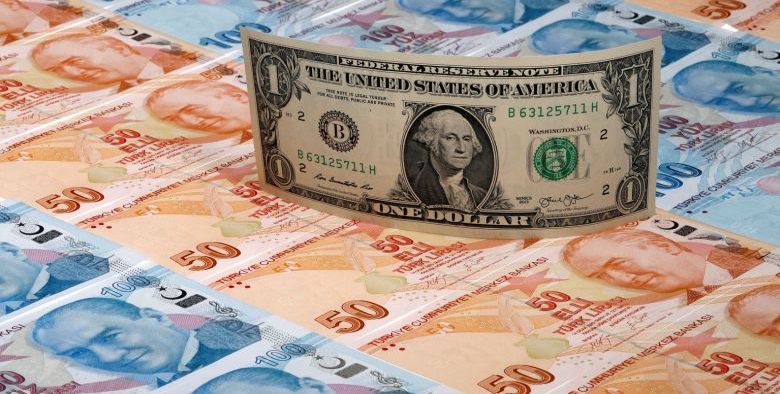 Turkey had the opportunity to see the Turkish Lira (TL) retreating from the record level of 7.20-7.26 TL/USD.

However, the same did not happen with the 5-yr CDS rates of its foreign bonds.

What is the big deal with high CDS rates?

CDS ( Credit Default swaps ) are the so-called risk premiums, that indicate the ‘cost’ for someone

to insure their money in the event that an obligation such as currency bond is not paid. In other words,

the PRICE of CDS is the safest indicator of whether an organization, company or state will go bankrupt.

that the probability of bankruptcy exceeds 5%.

What about Turkey CDS rates?

During the last two weeks, the CDS of both the Turkish state and its banks have been

is extremely high. The CDS level for Turkish state bonds remain so high, that they moved from ranking 6th globally,

This is an achievement, that, however brings a puzzling question. Why, Turkey now is the frontrunner,

the best candidate among Asian, European and African countries, for filing for bankruptcy on its foreign debt obligations?

The problem of Turkey has to do with skyrocketing expenses that relate to imperialistic wars in Syria and Libya.

An unexpected surge in expenses of the Turkish state resulted in a huge hole in the country’s public finance on April.

According to an announcement made by the Treasury and Finance Ministry on May 8,

This created a vacuum, a financial hole of -1% of GDP, in just one month!

This financial hole is equivalent to -$6.6 billion!

It is notable that the hole is primarily due to a 30.5 billion liras ($4.4 billion) deficit on the primary

This should not be a problem, but when combined with the lack of foreign currency funds to cover the needs of Turkish

state and the needs of major Turkish state banks(click here), indicates that Turkey may soon be on its way to serious

financial problems, and perhaps to bankruptcy.

Turkey 5-yr prime CDS rates skyrocketed to 620 bps, which means that the country has a bankruptcy probability

that exceeds 30% in the forthcoming period! Now Turkey lags only Venezuela and Argentina in probabilities of bankruptcy,

without having the US embargo that Venezuela has, nor the vast debt that Argentina brings.

This is by far, perhaps the biggest achievement of President Erdogan!

It seems that the imperialistic dreams of Erdogan coupled by the coronavirus effect,

closer to the doorstep of the International Monetary Fund.

Tags:
Previous Article
THE MYTH OF ‘NEW TURKEY’: KEMALISM AND ERDOĞANISM AS TWO SIDES OF THE SAME COIN
Next Article
Turkey detains four pro-Kurdish mayors, removes them from office