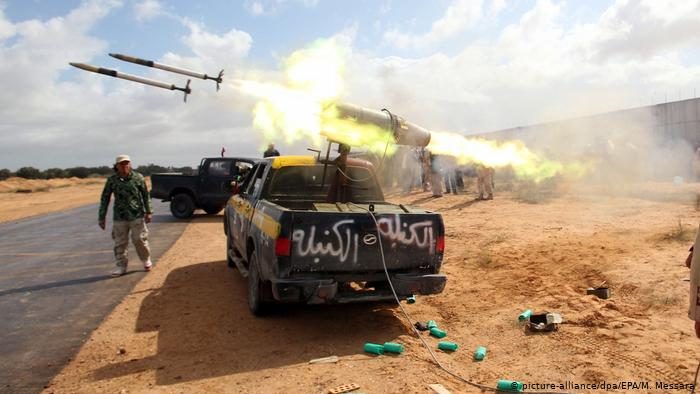 European countries should try to revive the political approach to resolving the Libya conflict, particularly given that Turkey may want to do so from its current position of strength.

Libya doesn’t do incremental change, it seems. Instead, the country oscillates between agonising stalemate and complete upheaval. The past month – and recent days, in particular – has been one of those moments of transformation: Turkish military support has driven the UN-backed Government of National Accord (GNA) to sweeping victories that have effectively killed off Field Marshal Khalifa Haftar’s hopes of conquering Tripoli, while creating significant fractures within his camp. As Turkey grows more assertive and stamps its authority on Libya, Europeans need to use these shifting dynamics to create a new political reality in Libya – one that might finally have a chance of success, given his dramatically weakened position.

The GNA has built its recent military victories, which have reclaimed nearly all of western Libya from Haftar’s forces, around the support of Turkish air defence systems and a drone campaign targeting Haftar’s bases and supply lines. Having lost all towns on the coast and the key airbase of Wutiya in rapid succession, Haftar’s operation now appears to be fatally wounded. Unless he can regain air superiority, he will only continue to lose.

Turkey’s new assertiveness is a direct result of the failure of the Berlin conference held in January. The German initiative was designed to align international actors on a political route out of the morass in Libya, but it did little to deter the United Arab Emirates’ massive mobilisation in support of Haftar. Ankara has now demonstrated a firm intent to remove Haftar from Tripoli and its environs. Turkey’s Libya intervention appears to be following Russia’s Syria playbook – from the legitimising act of a formal invitation that had parliamentary approval (in stark contrast to the covert intervention of all other states involved in the war) to its exploitation of divisions between European countries whenever it felt threatened by them. Turkey’s influence is evident in the assertiveness with which the GNA has taken Europe to task over the perceived pro-Haftar bias of IRINI, the European naval operation to enforce to the UN arms embargo on Libya. Malta’s shock decision to veto the allocation of EU funds to the operation is likely a product of Turkish influence and the promise of greater controls on emigration from Libya.

But, despite the GNA’s sweeping gains in the past month, the war is far from over. Haftar’s forces still launch missile attacks on Tripoli each day and control Libya’s oil. They will remain difficult to displace from Tarhouna (their last stronghold in western Libya) unless the GNA engages with the town diplomatically. Much will now depend on the response from the UAE and Haftar’s other key external backers, which have continued to increase their mercenary deployments and arms shipments in an effort to check Turkish ascendancy.

Critically, however, the setbacks Haftar faces extend beyond the military realm, signalling that a more profound realignment may be under way. His failures in the west have caused notable fractures within his camp in the south and east, aggravating discontent over his year-long war, its costly toll, and its general lack of direction. Haftar’s response to this discontent was to launch what was effectively a coup: he annulled the Libyan Political Agreement, which forms the basis of Libya’s political institutions, and claimed full control. But this brazen power grab only seems to have further alienated important constituencies in southern Libya, which responded by declaring their allegiance to the GNA, while eastern tribes continue to hedge their bets.

Significantly, Russia – which like the UAE has been a key backer of Haftar – also seems to be reassessing its position. Moscow played a key role in instigating a new initiative by Aguila Saleh, the speaker of parliament, to advance his own political process. This gambit demonstrated a loss of faith in Haftar, because it seeks to strengthen another prominent figure in eastern Libya at his expense.

Saleh’s proposal, which is based on the reorganisation of the GNA cabinet, is unlikely to be successful. But it is important as an opener to negotiations between eastern and western Libya in a new format that would reduce Haftar’s importance, as well as his capacity to act as a spoiler. Egypt, another backer of Haftar, will likely support this approach, as it has grown tired of his determination to wage war in Tripoli at the expense of all else. These diplomatic shifts will not only meaningfully impact Haftar but could also put renewed pressure on the UAE to temper its maximalist support for him, lest it becomes isolated on the issue.

Amid these dynamics, there may finally be an opportunity for some political progress – which has been blocked in the past year by, more than anything, the intransigence of Haftar and his external backers, who seemed to truly believe that total military victory was in sight. This dream is now dead. With Haftar on the ropes and his backers potentially looking for other options, European countries should try to revive the political approach to resolving the conflict, particularly given that Turkey may want to do so from its current position of strength. The GNA’s symbolically important capture of Wutiya creates an opening to push both sides and their foreign backers towards a mutual compromise and a ceasefire, in which Haftar and his aligned forces from Tarhouna would withdraw from Tripoli’s suburbs in exchange for the GNA halting an attack on Tarhouna. Given that the Libyan Arab Armed Forces’ spokesman, Ahmed al-Mesmari, announced that the group would disengage from “some crowded residential areas”, it should now be held to that commitment.

Europeans should not miss this slender opportunity to put Libya on a better track. Failure will not only condemn Europe to a prolonged conflict on its doorstep but will also marginalise it further as Turkish influence in Libya grows, complicating the proxy war. Europe’s capacity to act in Libya will fundamentally depend on its political will to acknowledge and respond to the reality on the ground. For the likes of France and Greece (the latter of which only joined the Haftar camp in recent months), now is the time to recognise that their interests will not be served by continuing their current path. Other European states – particularly Germany, Italy, and the United Kingdom – should press France and Greece to escape Haftar’s sinking ship. This could allow Europeans to work more forcefully through the United Nations to create a patchwork of local deals, building on recent Libyan initiatives that bring together warring communities in western Libya while using Saleh’s initiative to restart the Geneva dialogue between Libya’s political factions.

Europe’s window of opportunity in Libya is closing. It needs to move fast if it is to forcefully protect its interests and its role as a barrier against Russian encroachment into the country, while preventing the development of another Syria-style conflict in its neighbourhood.