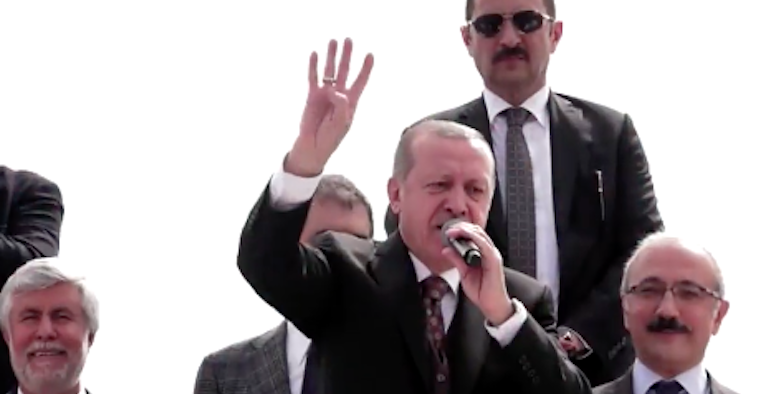 Turkish President Recep Tayyip Erdogan has become a prominent figure in the region’s politics because of his involvement in the area’s problems and wars. Most Arabs have gradually become aware of his true identity, previously hidden by the propaganda spread by his allies, the extremist Islamist groups that moved to Turkey to live under his protection.

At one time Erdogan was welcomed in Riyadh, Abu Dhabi, Cairo, Kuwait and Tunisia. However, now most capitals have shunned him, as his name has become inextricably linked to the region’s problems.

Furthermore, under his leadership Turkey is now facing a dire economic situation; while he incessantly promotes himself and his heroism, including the funding of films and TV series about leaders he believes reflect his own image, such as “Ertugrul” and a movie about the Ottoman Empire.

Erdogan has ruled Turkey since 2003. During those 17 years, he carried out arbitrary constitutional changes to ensure he remains in power. In my opinion, he will do anything he can to maintain his leadership position for the next decade, because he knows that if deposed he would be held accountable for his abuses of power and corruption.

This is why he is already working on winning the 2023 election, so that he can remain in power for a further five years. If he is successful, then by the end of that term he will be 74 years old, and once again do whatever he can to cling to power — or, failing that, bequeath it to a chosen successor. Thus, when he eventually does leave the presidential palace for the final time it will be only to his grave. Otherwise, his many opponents will be waiting for him.

Erdogan is extremely unpopular among Turkish youth because of his fanatical, insular approach.

Indeed, Erdogan has not build a solid, sustainable system of government. Rather, he is in a similar mold to Saddam Hussein or Muammar Qaddafi in that his power is based primarily on a strong personality. As a result, when he is gone the frameworks and policies he had established will collapse. Contrast this with the rule of Ali Khamenei in Iran, where there is an ideological system in place which will continue regardless of the identities of the supreme leader or the president.

Erdogan has been in conflict with almost everyone involved in Turkish politics, including party comrades and pillars of his government. Many have spoken out against him and threatened retribution. This is why he is now mostly surrounded by relatives and employees. He got rid of all those he relied on while climbing the political ladder during the past two decades to gain, and then hold on to, power. Most notable among them is Fethullah Gulen, a religious leader, who Erdogan accused of masterminding the failed July 2016 coup against him, in spite of all the facts that proved otherwise. The reason for the hostility was that Gulen began to disagree with him, criticize him on many issues, and talk about the corruption of Erdogan’s family members, especially with regards to gold sales to Iran and other countries. The coup, if there ever was one, would have been directed by a military establishment that has also turned against him.

In the space of two years, Erdogan arrested and imprisoned more than 150,000 people, including judges, university professors, army and police officers, and journalists. He also reorganized the security services, closed more than 200 media outlets and, in 2014, blocked social media and messaging sites such as Twitter, WhatsApp and Facebook, among others, after messages spread on the platforms about his family’s involvement in the gold sales. The blocking attempts continued for years.

So, when Erdogan departs the political scene, he will not be succeeded by someone similar. For this reason, I disagree with those who say he is trying to revive the Ottoman caliphate — he is too small for that task, and the Ottoman empire is gone for ever. No one in Turkey would be prepared to preserve his legacy, not least because he is extremely unpopular among Turkish youth, who dislike his fanatical and insular approach.