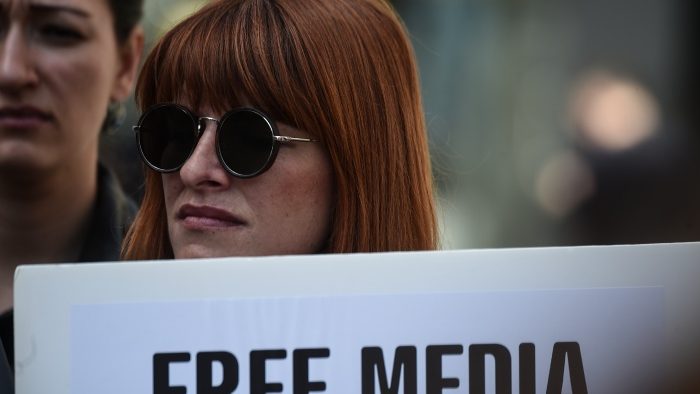 Despite the coronavirus measures in effect in Turkey between March 17 and June 15, 92 journalists were prosecuted in 59 trials in nine provinces, according to a report drafted by the Press in Arrest platform, the Bianet news website reported on Monday.

The “June 2020 Press Freedom Report” said the journalists face five aggravated life sentences, one life sentence and between 587 and 1,513 years in prison.

Sixty-one journalists were summoned to testify, taken into custody or faced a criminal investigation in the same period. Lawsuits were filed against 18 journalists.

Journalists Terkoğlu, Keser and Çelik were released at the first hearing on June 24, while the court ordered a continuation of the detention of the remaining three journalists.

Oda TV’s Ankara News Manager Müyesser Yıldız was taken into custody on charges of “espionage” for a news story she did not write and was arrested after being held in detention for three days.

Press in Arrest, founded in April 2019, has been documenting all legal proceedings targeting Turkish and Kurdish journalists.

Turkey is ranked 154th out of 180 countries in the Reporters Without Borders (RSF) 2020 World Press Freedom Index, up from 157th last year.