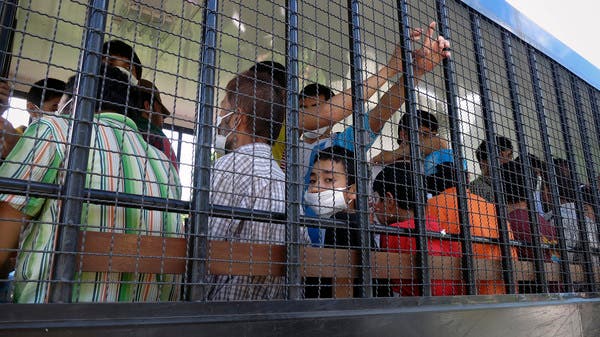 Suspected Uighurs are transported to a detention facility in the town of Songkhla in southern Thailand on March 26, 2014. (File photo: Reuters)

Turkey’s former prime minister acknowledged that the government is sending Uighur Muslim refugees back to China in a speech on Tuesday, following reports that led to criticism of Ankara for facilitating Beijing’s persecution of Uighurs.

Ahmet Davutoglu, who was previously part of Turkish President Recep Tayyip Erdogan’s ruling AKP party, mentioned the policy in the context of domestic Turkish politics during a speech in the eastern city of Ardahan.

Davutoglu questioned the Nationalist Movement Party (MHP)’s alliance with Erdogan’s government, saying that the MHP cannot reconcile their nationalism with a policy of deporting Uighurs, who many Turkish people consider to be ethnic and religious brethren.

“Sincere supporters of MHP…, when faced with this cruelty by China, cannot approve this policy that sends Uighurs to China indirectly. They shouldn’t approve it,” he said.

Uighur Muslims in Turkey at risk of deportation to China

It was first reported on Sunday that Turkey is sending Uighur refugees back home to China, where they face imprisonment and persecution, through third countries like Tajikistan.

Erdogan “is helping China repatriate Muslim dissidents by sending them to third countries before they return [to China],” the Telegraph reported. 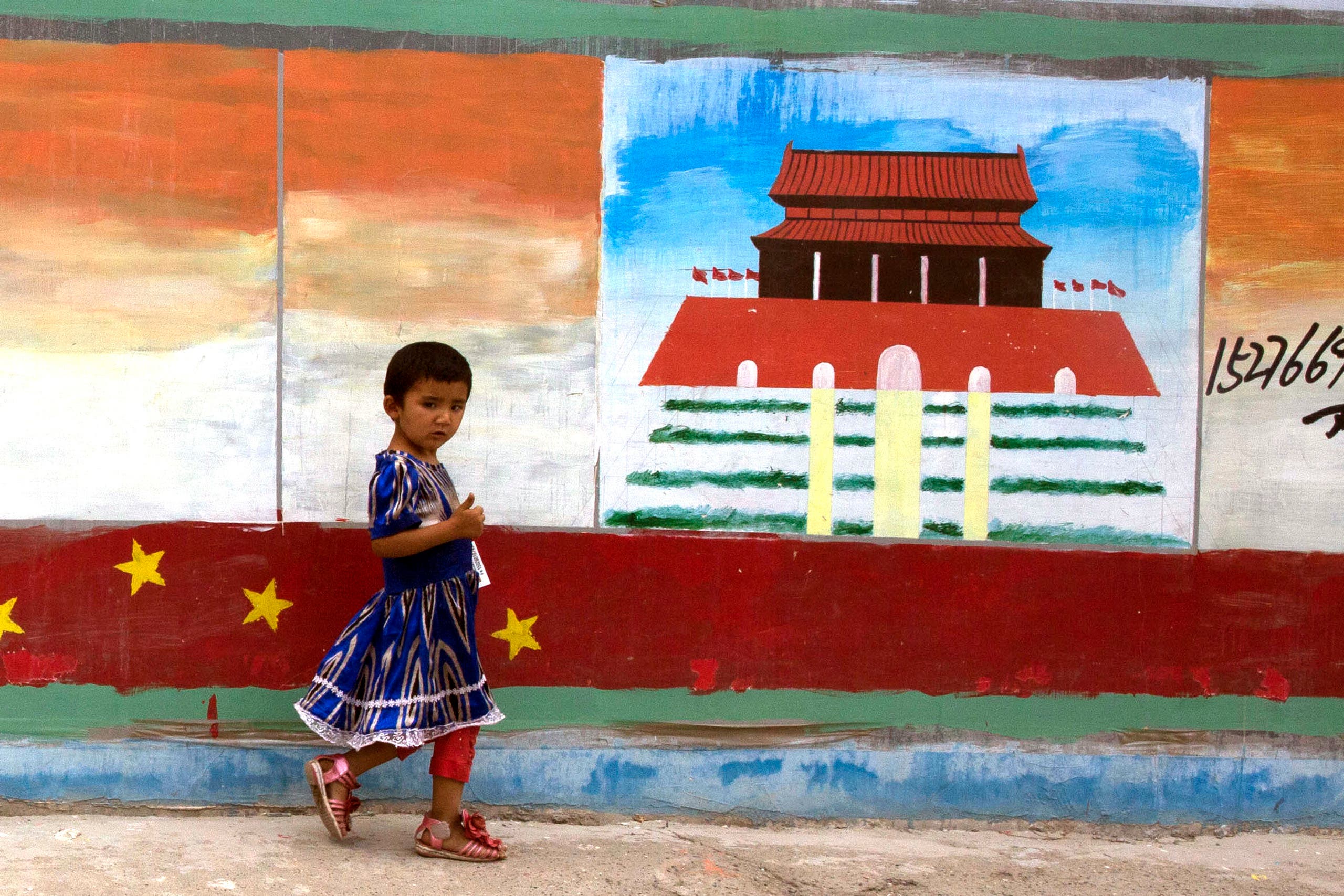 For decades Uighur Muslims have sought refuge in Turkey from repression in China, which has detained one million Uighurs in “reeducation camps” that reportedly force them to renounce their religious identity.

The Chinese government considers many Uighurs to be extremists and claims they are dangerous to China’s national security.

With an estimated 30,000 Uighurs in Turkey, at least two women of the community, and their children, have been deported by Turkish officials within the last year and sent to China via Tajikistan, the Telegraph reported.

In the past, Erdogan, who styles himself as a global Islamic leader, has called Chinese actions against Uighur Muslims in China “genocide.” 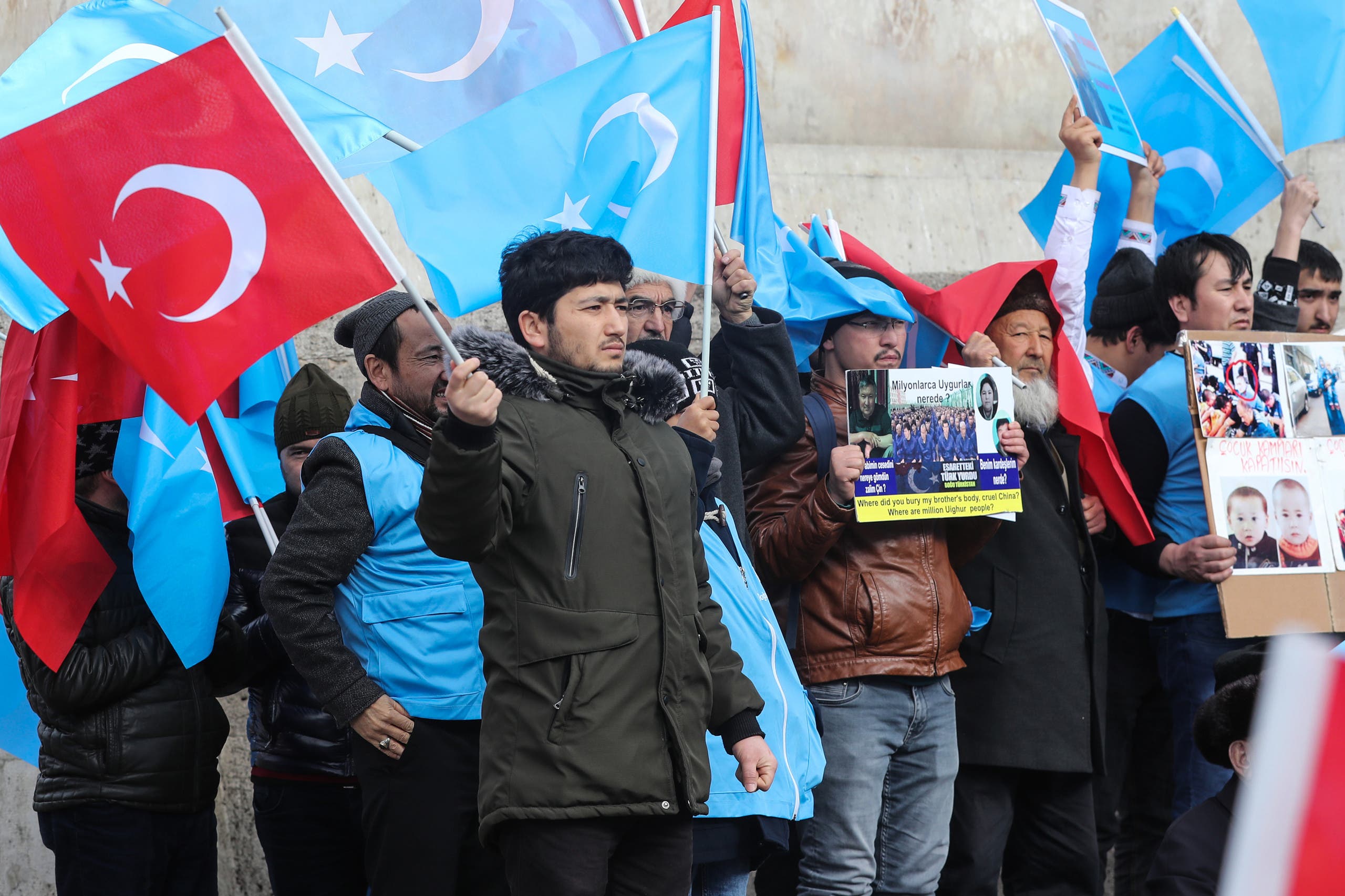 Uighurs living in Turkey stage a demonstration in Ankara on February 5, 2020. (AFP)

But recently his government has stopped speaking out against China’s treatment of the Uighurs, a move the Telegraph says is likely economically motivated and stems from Ankara’s desire for Chinese investment in Turkey.

Reports that the Turkish government is sending Uighur asylum seekers to China via third countries “fits the overall pattern we see with Erdogan’s China policy,” according to former Turkish parliament member Aykan Erdemir.

“Erdogan’s compliance with Beijing’s demands is driven by his growing need for Chinese capital at a time when Western capital is fleeing the Turkish markets,” said Erdemir, who now is the Senior Director of the Turkey Program at the Foundation for Defense of Democracies, in an interview with Al Arabiya English.

“China has discovered that it is relatively cheap to buy Erdogan’s silence on the Uighur issue,” he added.

Davutoglu’s remarks come after a university he helped establish was closed by Erdogan last month.

The shutdown occurred after Davutoglu expressed his willingness to cooperate with opposition parties to stand against the AKP, according to Al Arabiya. 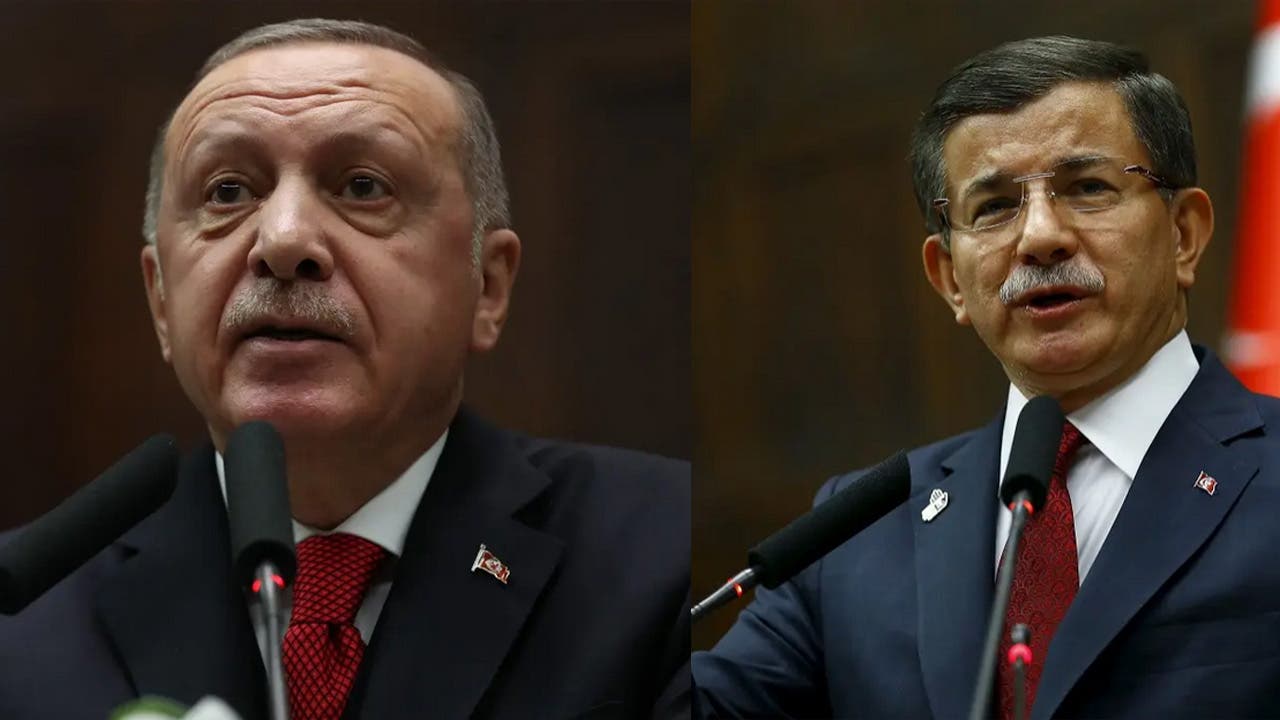 Davutoglu used to be a close ally to Erdogan before he broke away from the AKP last year and established his own political party, the Future Party, to challenge the current Turkish president’s rule.