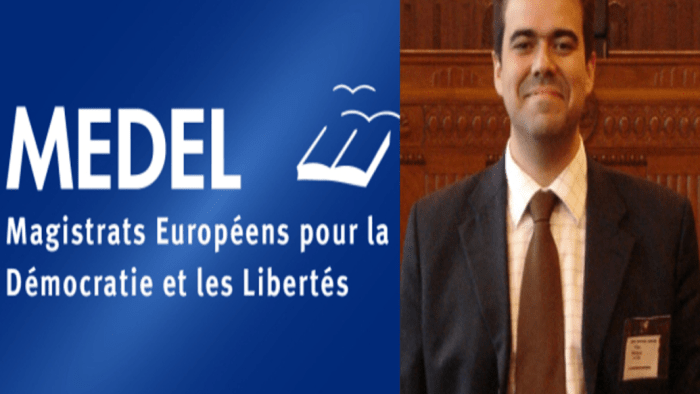 “There is no  domestic remedy available in Turkey. … The [ECtHR, European Court of Human Rights] should cease to consider the Turkish Constitutional Court as a source of effective remedy – it should have done so four years ago,” said Filipe Marques, president of MEDEL,  an NGO of judges and prosecutors associations throughout Europe, in an interview with the Arrested Lawyers Initiative.

“The situation in Turkey is probably the most dramatic MEDEL [has] had to face in its history,” said Marques, adding, “The human rights situation in Turkey is appalling: a judiciary under control of the executive …, prisoners in solitary confinement for years without basic rights, and mass dismissals and arrests with absolutely no guarantees.”

Commenting on the disbandment of its Turkish member the Association for the Union of Judges and Prosecutors (YARSAV) by Turkish authorities after an abortive coup on July 15, 2016, Marques said, “MEDEL does not recognize the legitimacy of the dismantlement of YARSAV and still considers it a full member and its board members as its rightful representatives.”

Many members of YARSAV have been disbarred and arrested. Murat Arslan, the president of YARSAV, has been in jail since October 2016 and was sentenced on January 18, 2019 to 10 years’ imprisonment on terrorism-related charges, a move that attracted the ire of the international community

Commenting on Arslan’s conviction UN Special Rapporteur on the Independence of Judges and Lawyers Diego Garcia-Sayán had said, “The conviction of Judge Arslan… constitutes a severe and gross attack on the independence of the judiciary in Turkey, and in a democratic state under the rule of law an independent and impartial judiciary is a fundamental guarantee for society as a whole.”

Arslan was awarded the Václav Havel Human Rights Prize by the Parliamentary Assembly of the Council of Europe in 2017.

Marques indicated that the ECtHR should resort to interim measures for Turkey’s human rights abuses. “Since the beginning of the situation in Turkey, MEDEL and other institutions have addressed the European Court of Human Rights, asking for interim measures. The [ECtHR], however, has systematically refused to adopt interim measures,” he stated.

“The evolution of the situation has shown, unfortunately, that MEDEL and the other institutions that asked for interim measures were right,” he lamented.

According to Marques the ECtHR must look at issuing interim measures as a matter of its own credibility. “Four years later, we are still waiting for decisions from the [ECtHR]. I think the [ECtHR] must face this issue seriously and look at it as a matter of its own credibility – the reputation it has built during the years, of the main guardian of human rights in Europe, will be jeopardized if its decisions keep being ineffective because of the excessive length of procedures,” he said.

Commenting on a recent judgement of the Turkish Constitutional Court in which it defied a previous ECtHR ruling on an imprisoned judge, Marques said: “Since the beginning that MEDEL has been saying it. There is no  domestic remedy available in Turkey. If you don’t have an independent Judiciary, it is impossible to have an effective domestic remedy. Therefore, the decision of the Turkish Court does not come as a surprise for us. So, yes, the [ECtHR] should cease to consider the [Turkish Constitutional Court] as a source of effective remedy. It should have done so four years ago.”