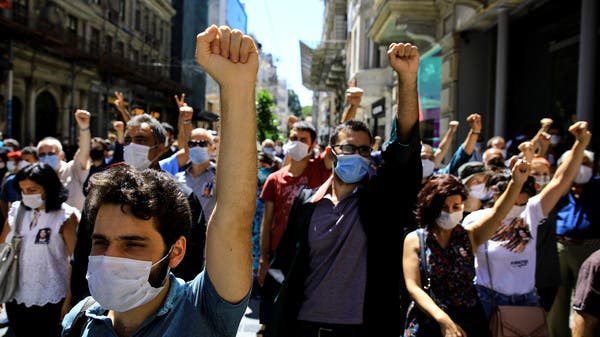 The European Union (EU) announced that it is “deeply saddened by the death of Ebru Timtik,” who passed away on the 238th day of her hunger strike while calling for a fair trial after being charged with alleged membership of a terrorist organization.

“The tragic outcome of [the prisoners’] fight for a fair trial painfully illustrates the urgent need for the Turkish authorities to credibly address the human rights situation in the country, which has severely deteriorated in recent years, as well as serious shortcomings observed in the judiciary,” an EU spokesperson said in a statement.

Friends said Ebru Timtik weighed just 30 kilograms (65 pounds) at the time of her death, with opposition parties condemning the Turkish government for its human rights abuses.

“She is the fourth prisoner to die this year as the result of a hunger strike, following the deaths of Helin Bölek and Ibrahim Gökçek, two musicians from the Grup Yorum band, and Mustafa Koçak. We offer our condolences to their families … Turkey urgently needs to demonstrate concrete progress on the rule of law and fundamental freedoms,” the spokesperson added.

Timtik was a member of the Contemporary Lawyers’ Association (CHD), another leftist group accused of having close ties to the outlawed Revolutionary People’s Liberation Party-Front (DHKP-C), a far-left Marxist organization.

The DHKP-C has claimed responsibility for a number of deadly attacks in Turkey, including a 2013 suicide bombing at the US embassy in Ankara, which killed a Turkish security guard.

In 2019, an Istanbul court handed multiple sentences to 18 lawyers, including Timtik, on charges of “forming and running a terror group” and “membership in a terror group.”

Timtik, who had been initially detained in September 2018, was sentenced to 13 years and six months in prison, which prompted her and some other lawyers to start a hunger strike in February.

Timtik, who turned her hunger strike into a death fast together with another lawyer, Aytac Unsal, was moved from the prison to a hospital in July.

The pair were consuming only liquids and vitamins, and a forensic report showed at the time that their condition was “not suitable” for a continued stay in prison.

Tags:
Previous Article
EU prepares to impose sanctions on Turkey
Next Article
‘If Athens’ attempt to expand its territorial waters isn’t a cause of war, then what is?’: Turkish VP

‘If Athens’ attempt to expand its territorial waters isn’t a cause of war, then what is?’: Turkish VP
NAT 29th August 2020
Submit an Op-Ed
Tweets by NewsAboutTurke1