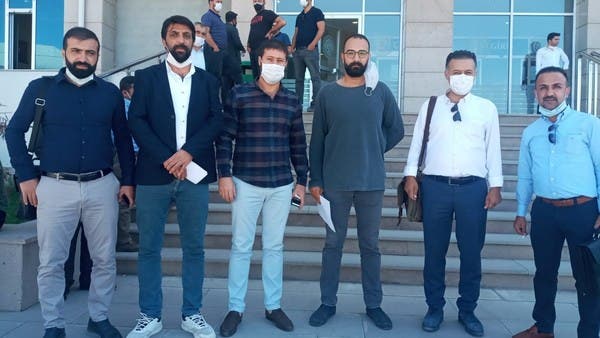 Turkish authorities arrested a journalist on Monday for “insulting” a medieval Turkish sultan on Twitter.

Freelance Turkish journalist Oktay Candemir told Al Arabiya English he was arrested, and his house raided due to “a tweet that satirized Ottoman history.”

Candemir now faces the charge of “insulting the memory of a dead person,” according to the Committee to Protect Journalists (CPJ), for his September 3 tweet about a historical drama series produced by Turkey’s state news agency TRT.

“Authorities allege that the tweet insulted Ertugrul Ghazi, a sultan who died around 1280,” according to CPJ citing Turkish reports.

Ghazi was the father of Osman I, the founder of the Ottoman Empire.

Candemir said the tweet intended to make fun of the television series – not to insult historical figures, according to the Media and Legal Studies Association.

He could face up to two years in prison if convicted.

Candemir told Al Arabiya English he does not expect a fair trial in Turkey.

“A fair trial is not possible because the jurisdiction is controlled in Turkey,” Candemir said in an interview.

Candemir said his charge is an attempt to “make journalists feel under pressure,” according to the Media and Legal Studies Association.

His computer has been confiscated by the Turkish government and he is subject to a foreign travel ban.

Article 299 of Turkey’s penal code “criminalizes insulting the President of the Republic.”

Kenes, who is now living in exile in Europe, told Al Arabiya English that the detention of Candemir is “not surprising.”

“Arbitrary arrests are new norms” of the Turkish government under Erdogan, who “tries to control not only the words, but also the thoughts of the people,” Kenes said.

“Journalist Candemir’s weird detention is just a new caricature of the current despicable state of freedom of expression in Erdogan’s Turkey,” said Kenes.

Candemir’s arrest follows a clampdown on media freedoms in Turkey.

In July, the Turkish parliament approved a law that makes it possible for authorities to cut websites’ internet traffic bandwidth by 90 percent if they fail to abide by government requests to remove content.

The law followed posts on Twitter that mocked relatives of Erdogan, who then denounced “immoral [social media] platforms.”

Turkey’s mobsters step out of shadows and into public sphere

U.S. carries out airstrikes against Iranian-backed militia facilities in Syria