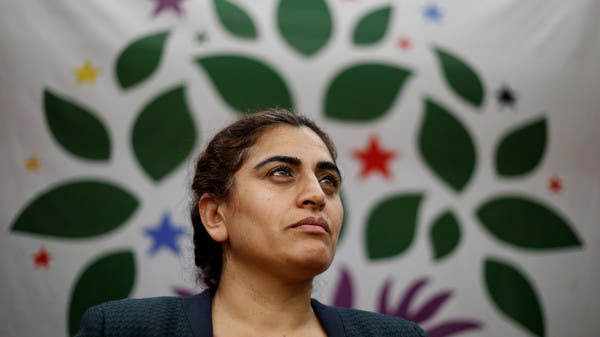 A female politician in Turkey has been sentenced to 11 months in prison for calling Turkish President Recep Tayyip Erdogan an enemy of women, according to media reports.

Sebahat Tuncel was sentenced Saturday for saying Erdogan was a “complete misogynist” – a remark she mad four years ago.

Tuncel’s attorney argued that the politician’s statement that “the president was an enemy of women and Kurds,” made during a 2016 speech, is “within the freedom of expression,” according to Turkish news outlet Duvar English. The court disagreed.

Tuncel is just one of thousands of Turkish citizens who have received prison time for insulting the Turkish president.

Turkey’s penal code criminalizes insulting the president, with an offender typically facing a prison term of up to four years. The sentence can be increased if the insult is expressed in the public sphere, like in the case of Tuncel.

As arrests have continued to increase over the past four years, human rights organizations have called on Turkey to end prosecutions for acts of “insulting the president,” and accused the government of using the law to silence dissenting voices.

Tuncel, a Turkish politician of Kurdish origin, has been described in Turkish media as a women’s rights activist.

Her characterization of the Turkish president as a “misogynist” followed two controversial speeches made by Erdogan in 2014 and 2016.

Erdogan said publicly women are not equal to men in 2014, and two years later said that women who reject motherhood are “deficient” and “incomplete.”

The president has also urged Turkish women to have at least three children and has proposed limiting access to the morning-after pill and Caesarian sections.

Read more: Femicide in Turkey on the rise amid debate over law protecting women

This summer Erdogan’s ruling Justice and Development Party, known as the AKP, came under fire for debating whether Turkey should pull out of a European domestic violence treaty known as the Istanbul Convention, which aims at stopping violence against women.

While Tuncel previously served as a member in Turkish parliament, she was sentenced to 15 years in prison in 2019 on charges of belonging to a terrorist organization.

Turkey’s anti-terrorism legislation has been widely utilized by the judicial system to crackdown on dissidents following the 2016 failed coup against Erdogan’s government.

Human rights organizations have warned that the legislation is vague and is wrongly used to silence political opponents.

Read more: Why is Turkey’s Erdogan persecuting the Gulen movement?

“Criminal investigations and prosecutions under anti-terrorism laws…continued to be used, in the absence of evidence of any criminal wrongdoing, to silence real or perceived dissent,” according to Amnesty International.

Trump Is a Weaker Demagogue than Erdogan and Modi