Turkey removes most references to Kurds in history textbook

Turkey removes most references to Kurds in history textbook 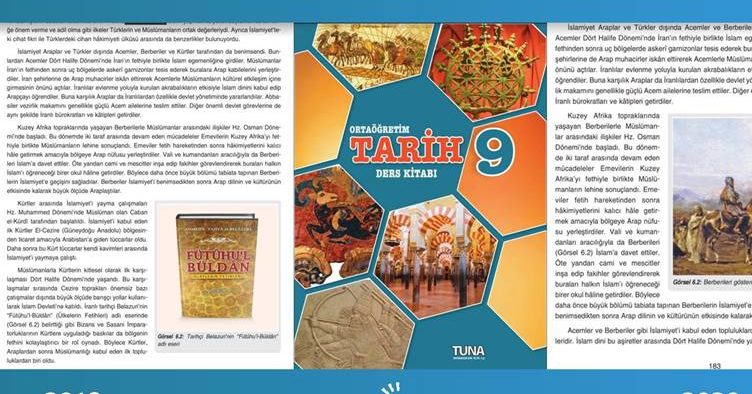 Controversy has erupted in Turkey after a number of references to Kurds were removed from the new version of a government history textbook.

Observers noticed this week that several paragraphs about Kurdish participation in early Islamic history included in the 2019 version of ninth grade reading material have been removed from the 2020 version by the Turkish education ministry.

“The first Kurds who accepted Islam were businessmen from al-Jazira Region (Southeastern Anatolia Region) who used to go to Saudi Arabia for trade. Later, these Kurdish businessmen spread Islam among their people,” read page 183 of the older version of the coursebook.

This section of the book, which covers the first conversion of Turks to Islam during the spread of the religion, also previously stated that Jaban al-Kurdi, one of the companions of Prophet Mohammed, was the first person to spread Islam among Kurds.

The only mention of Kurds left in the new textbook is a two-line paragraph, noting that  “Kurdish tribes were among the first communities who accepted Islam.”

The removal has drawn the ire of many Kurds on social media, however, the ministry has not yet explained the reason behind the removal.

“Pitiful people [government] think that they can remove the history of Kurds but remove it from books,” said lawyer Dogan Erbas in a tweet.

“Although many tribes were introduced to Islam during the eras of the four caliphs [of Islam], these [people who wrote the book] are insistently describing the Kurds ‘to be among the first communities who converted to Islam after Arabs.’ Efforts to confirm that Kurds accepted Islam before Turks is nothing but an intention to win social and political gains,” said Buyukataman.

It is not clear if the MHP official’s condemnation of the 2019 version had any role in the removal of the paragraphs about Kurds but the party is the de facto second ruling party in Turkey after the Justice and Development Party (AKP). Both parties have formed a coalition in recent years, allowing them to form a government and pass most of the bills suggested by them in parliament.