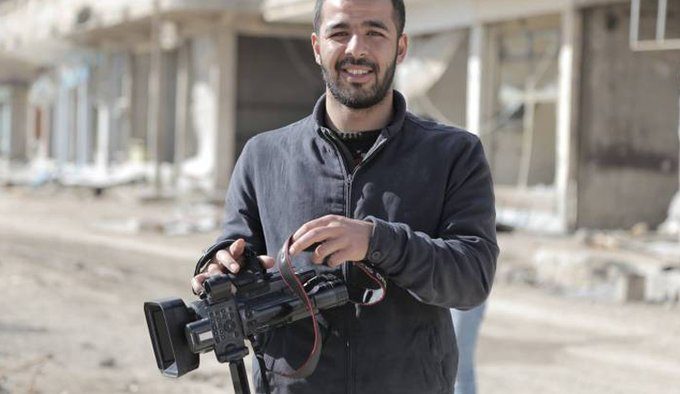 Four Kurdish asylum seekers, including Kurdish journalist Nuri Akman, are facing the risk of being deported to Turkey by Romania, according to Turkish media.

Although the four asylum seekers made clear they were applying for asylum, the Romanian police tried to force them on an airplane to Turkey. The deportation process was temporarily halted when their lawyers intervened. The other asylum seekers are Lokman Coşkun, Serbest Derin and Serdar Bilgiç.

The Romanian police have not disclosed where Akman and the other two asylum seekers are being held in the meantime.

As a member of the European Union, Romania’s deportation of asylum seekers who seek safe haven in the country renders the alleged conduct a violation of the principle of non-refoulement, enshrined in Article 33(1) of the 1951 UN Convention.

“No Contracting State shall expel or return (“refouler”) a refugee in any manner whatsoever to the frontiers of territories where his [or her] life or freedom would be threatened on account of his [or her] race, religion, nationality, membership of a particular social group or political opinion,” the article stipulates.

Akman was sentenced to six years, three months in prison for alleged membership in a terrorist organization. His journalistic work in Kobani, a Kurdish majority city in northern Syria, was used as evidence against him.

The Turkish military and the Turkish-backed Free Syrian Army (FSA) occupied a major swath of northern Syria, beginning with Afrin in early 2018 and continuing to this day.

According to the “Report of the Independent International Commission of Inquiry on the Syrian Arab Republic” by the United Nations, Turkish-backed forces have committed serious human rights violations in the region.

Although the court of appeals did not uphold Akman’s sentence, during the retrial the court issued a warrant for his detention.

Reporters Without Borders (RSF) described Turkey as “the world’s biggest jailer of professional journalists” in its 2020 World Press Freedom Index, in which Turkey was ranked 154th among 180 countries in terms of press freedom.

According to the Stockholm Center for Freedom’s “Jailed and Wanted Journalists in Turkey” database, 174 journalists are currently behind bars in Turkey, while 167 are wanted and are either in exile or remain at large.