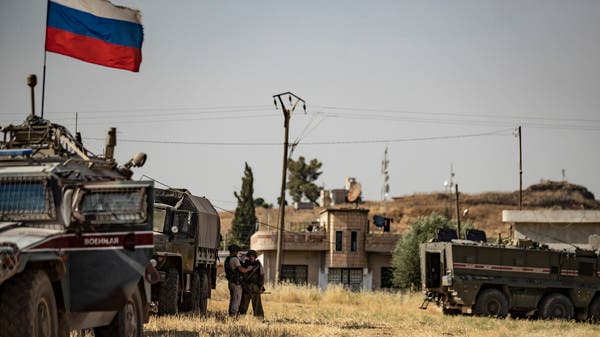 Russia said late on Sunday it had sent more military police to an area in northern Syria where fighters backed by Turkey have clashed with Kurdish forces near a strategic highway patrolled by Russian and Turkish troops.

The deployment comes ahead of talks in southern Russia on Tuesday between Russian Foreign Minister Sergei Lavrov and his Turkish counterpart Mevlut Cavusoglu.

Syria, where Moscow and Ankara have backed different sides, is one of the topics the two diplomats will discuss.

Battles between Turkey-backed fighters and Kurdish forces broke out near the town of Ain Issa in northern Syria earlier this month. The town Ain Issa sits along the M4 highway that links major Syrian cities and where Russian-Turkish patrols usually take place.

Turkish forces and their Syrian insurgent allies seized territory in the region in an offensive last year against the Kurdish YPG militia which holds swathes of north and east Syria.

The Russian defense ministry said in a statement it had sent more military police to the area on Sunday.

“We note the unstable situation in the Ain-Issa area,” the statement said.

“Earlier, during negotiations with the Turkish side, agreements were reached on the deployment of joint Russian-Syrian observation posts. Additional units of the Russian military police have arrived in the Ain Issa area today (Sunday) to step up efforts to stabilize the situation,” it said.

Moscow, whose warplanes also patrol the area, called on both sides to stop shelling each other and to de-escalate.

It said it had not detected shelling from Turkish-backed fighters in the last 24 hours.

What do the regime and Russia want from Daraa province?
NAT 26th September 2021

What do the regime and Russia want from Daraa province?