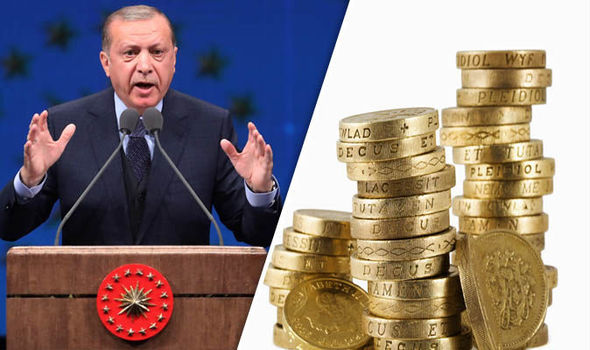 (Bloomberg) — The wheels are coming off the lira’s best start to a year since 2012 after President Recep Tayyip Erdogan rekindled doubts over the direction of Turkey’s monetary policy.

The currency had appreciated more than 1% against the dollar this year — adding to a 14% rally in the last two months of 2020 — before Erdogan on Friday repeated his long-held belief that high interest rates fuel inflation. Since then, it has weakened almost 2%, the worst performance out of 24 major emerging-market currencies, and options traders have turned the most bearish on the currency since November.

The turnaround suggests some investors may be losing faith in what’s amounted to a change of stance in Turkey. Erdogan’s comments are his first criticism of economic management since November, when Naci Agbal was appointed central bank chief and pledged to follow a more orthodox policy approach to help stem a slide in the lira. Agbal has overseen a cumulative 675 basis-point increase in Turkey’s benchmark interest rate since taking over as governor.

“We are skeptical,” said Zsolt Papp, an emerging-markets debt investment specialist at JPMorgan Asset Management in London. “Was that really a policy change or just a tactical move to relieve the market? We want to know. Some caution is warranted.”

Speaking to local businessmen, Erdogan said that higher rates were “bankrupting” many Turkish companies. He did, however, emphasize that price stability is a top priority for 2021 and said he would express his opinion on interest rates “whether they listened or not.” The monetary policy committee’s next meeting is on Thursday, and most economists in a Bloomberg survey predict Agbal will hold the benchmark rate at an 18-month high of 17%.

The lira declined 0.3% to 7.4912 per dollar as of 2:40 p.m. in Istanbul, after earlier slipping as much as 0.9%. The premium on contracts to sell the lira versus the dollar in a week’s time over those to buy climbed to 2.97 percentage points, up from 2.7 percentage points Friday.

The Turkish currency is also approaching its 50-day moving average, a key support level. With three days to go before the central bank decision, the dollar-lira pair’s one-week implied volatility registered its biggest jump in a month.

“We are monitoring the situation very closely,” said Marcelo Assalin, the London-based head of emerging-market debt at William Blair Investment Management, “We are now looking for more evidence that this either is a sustainable positive reform story or just more smoke and mirrors.”

Even if Erdogan leaves the central bank to do its job as it sees fit, Turkey has much to do to improve its macroeconomic fundamentals, primarily a gaping current-account deficit, to restore investor confidence, according to HSBC Global Asset Management.

“It is unlikely that the central bank would continue tightening liquidity indefinitely,” said Bryan Carter, global head of emerging-market debt at HSBC Global Asset Management in London. “Although the recent monetary tightening is a welcome step, this is a short-term measure and the concerns over its external accounts should be addressed.” 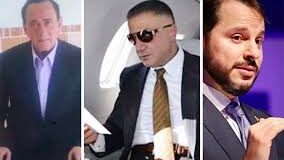