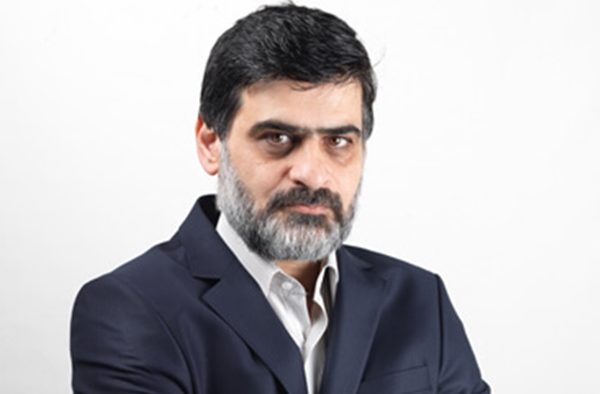 Karahasanoğlu said Rakel Dink was “impertinent” to say that authorities were not doing enough to solve her husband’s murder. “Your endless hate, anger and enmity towards this country have become tiresome,” he said. “Your impertinence is embarrassing.”

The 52-year-old Dink, editor-in-chief of the Turkish-Armenian bilingual Agos weekly, was shot dead from behind with three bullets to the head and neck in broad daylight outside the newspaper’s offices in central İstanbul on Jan. 19, 2007 by a then-17-year-old jobless high-school dropout.

This year, Dink was commemorated in a symbolic event attended by a small number of people, including his family and friends, due to COVID-19 restrictions, in front of the Agos offices, where hundreds had gathered on previous anniversaries of the murder.

“They [the authorities] haven’t been able to solve a murder case for 14 years! Because they don’t intend to. They are trying to find a way to cover it up, but they can’t because it involves so many different places [state institutions]. How else can one explain the failure to conduct an effective murder investigation for this many years?” Rakel Dink said in a statement during the event.

Karahasanoğlu harshly criticized her words, saying the country had lost many soldiers and policemen who had never been commemorated. “We have memorized the name of Hrant Dink, his children, his wife, his lawyers, his house and workplace,” he said. “But if I asked anyone to name 10 martyrs [soldiers and policemen killed in action], nobody would be able to name them.”

Karahasanoğlu expressed his discomfort with the media portrayal of the slain journalist as a hero since there were “thousands of innocent people who had unjustly died” in the country.

He added that Rakel Dink was “spoiled” by a group of supporters of the Republican People’s Party (CHP), the Peoples’ Democratic Party (HDP), a left-wing party with majority Kurdish support, and intellectuals.

Dink’s murder, which remains unsolved to this day, became a wider scandal after judicial proceedings showed that a number of state officials, including then-İstanbul police chief Celalettin Cerrah, were long aware of the assassination plot but failed to act.

A week before he died, the journalist wrote a piece titled “Why was I chosen as a target?” and detailed the attacks and threats he faced, concluding with racist protests in front of Agos headquarters and criminal complaints filed against him.

Regarding the case of Dink’s murder, the European Court of Human Rights (ECtHR) ruled in 2010 that Turkey had failed to protect him, violating his right to life.”