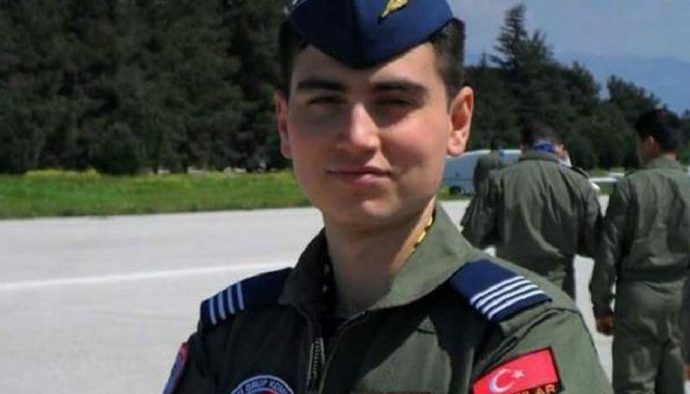 The family of Murat Tekin, who was killed by a mob on the Bosporus Bridge on the night of a 2016 failed coup in Turkey, has been ordered by a court to pay compensation to the state for damages to public property, Turkish Minute reported, citing Tekin’s sister.

Murat Tekin, 25, was one of a group of cadets who were deployed to the Bosporus Bridge in İstanbul on the night of the coup attempt, which claimed the lives of 250 people and was suppressed overnight. His sister, Mehtap, has claimed his throat was slashed by an angry mob, backing up her allegation with an autopsy report that stated his body exhibited injuries caused by sharp objects.

His family was unable to claim Tekin’s body until 12 days after the coup attempt.

On Sunday Mehtap Tekin, who has been seeking justice for her brother for four years, announced on Twitter that her family is again in difficulty due to compensation demanded by the state for damage to public property caused by her brother on the night of the coup. The sister said the family’s automobile had been seized by the state.

“You massacred my brother with knives, you denigrated his dead body, his memory. Are you now demanding compensation from us, and even with interest?” tweeted Mehtap Tekin.

“You took the life of my brother. What more do you want? Let us live with our pain,” she added.

Military cadets who were taken to the Bosporus Bridge on the night of the coup attempt claim they did not have any idea about the coup unfolding as their superiors told them there was a terrorist attack on the bridge. Many of these cadets have been behind bars since the abortive putsch and have been given life sentences on coup charges.

In a unanimous decision, Turkey’s Constitutional Court in November found a government decree that granted immunity to civilians who were involved in criminal activities to suppress a military coup attempt in 2016 to be constitutional.