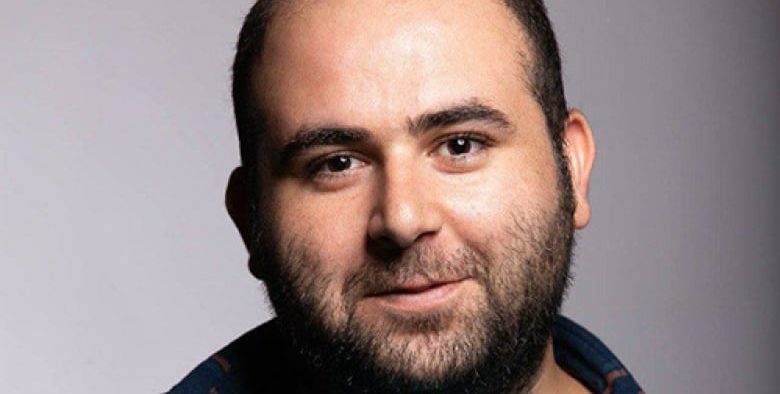 On a freezing night in January, Mohammad Mosaed threw some clothes in a bag and left everything he knew behind.

The Iranian journalist fled his home country on foot and made his way across the mountains to the Turkish border. It was either that, or spend five years behind bars for doing his job, and throw away his career in journalism.

“In the deadly cold of winter, I walked alone in the mountains for five or six hours. I descended the valleys and climbed the hills,” Mosaed, 31, told As It Happens host Carol Off.

“Because I couldn’t move on the roads, I lost my way several times.”

His clothes were frozen solid, he says, and he had an overwhelming urge to lie down and rest. He knew that if he slept, he would probably die. But he also knew he couldn’t fight it forever.

He kept going, trying to find a place where, if he succumbed to the cold, someone would stumble across his body and tell his family what happened to him. Then he saw the Turkish border fence in the distance, and called the country’s emergency line for help.

Mosaed is now in hiding in Turkey, worried that Iranian authorities will follow him across the border and bring him home in handcuffs — or worse.

He’s hoping to escape again, this time to Canada. He plans to reach out to the Canadian embassy in Turkey soon to start the process of applying for asylum.

“I have to go to a safe country sooner and try to start a new life,” he said. “Canada is a very gorgeous country, and I think I will be safe in Canada.”

Mosaed is an investigative journalist who started his career at Shargh Daily, a reformist newspaper in Iran where, according to the Committee To Protect Journalists (CPJ), he “reported extensively on government corruption, embezzlement, economic sanctions, labour and popular protests.”

That reporting didn’t sit well with Iranian authorities, Mosaed says, and the paper let him go because of political pressures.

Undeterred, he continued his work on social media. He was covering the widespread protests against rising gas prices, when Iran implemented a nationwide internet shutdown in November 2019.

“Knock, knock. Hello Free World!” he tweeted, in violation of the internet ban. “I used 42 different proxies to write this. Millions of Iranians don’t have internet. Do you hear us?”

The authorities certainly heard him. Islamic Revolutionary Guard Corps (IRGC) officers stormed his home soon after and arrested him in front of his parents, he said. He spent 16 days in Evin Prison in Tehran before being released on bail.

On Feb. 22, 2020, the IRGC came knocking again. This time, Mosaed was arrested for a series of posts he’d made on social media that were critical of the government’s electoral process and COVID-19 preparedness. He was released, but his social media accounts were suspended.

Then in August came the official charges: colluding against national security and spreading propaganda against the system.

When the time came to begin his sentence, he ran.

“I have no choice,” he said. “I must leave the country because that [could be the end] of my career as a journalist.”

Hope for the future

At first, he says Turkey was ready to send him back where he came from. But the country relented after international outcry from journalism advocacy organizations.

“We believe that Mohammad Mosaed has a well-founded fear of persecution should he be returned to Iran,” Sherif Mansour, the CPJ’s Middle East and North Africa co-ordinator, said in a January press release.

“We urge Turkish authorities to respect their obligations under international law; to refrain from deporting Mosaed; to consider any request for political asylum that Mosaed may make; and to assure Mosaed’s rights are protected through due process of law.”

I hope one day I can come back to my country and see the people in freedom and happiness.- Mohammad Mosaed, Iranian journalist in Turkey

The CPJ awarded Mosaed its International Press Freedom Award in 2020. He also won the Deutsche Welle Freedom of Speech Award that year for his coronavirus reporting.

This month, the One Free Press Coalition listed Mosaed at the top of its list of the 10 most urgent cases of press freedom abuses around the world.

Mosaed says his connection to these international organizations is a double-edged sword. On the one hand, they helped him avoid deportation back to Iran. But they also make his case even thornier back home. He says the government there has accused him of working with foreign entities.

“They think all of the journalists in the world are spies and security agents,” he said. “They think the United States journalists are FBI or CIA agents.”

Now Mosaed is holed up in Turkey and looking for a way to get further away from Iranian authorities. As It Happens has reached out to Global Affairs Canada for comment about the possibility of Mosaed coming to Canada.

Still, he worries about his parents and family in Iran, and says his greatest wish is to be able to return home safely.

“I hope one day I can come back to my country and see the people in freedom and happiness,” he said.

Previous Article
Teacher allegedly subjected to torture, inhumane treatment at Turkish detention center
Next Article
‘You will get to know crazy Turks well’: Erdogan to Mitsotakis

‘You will get to know crazy Turks well’: Erdogan to Mitsotakis
NAT 10th February 2021
Submit an Op-Ed
Tweets by NewsAboutTurke1