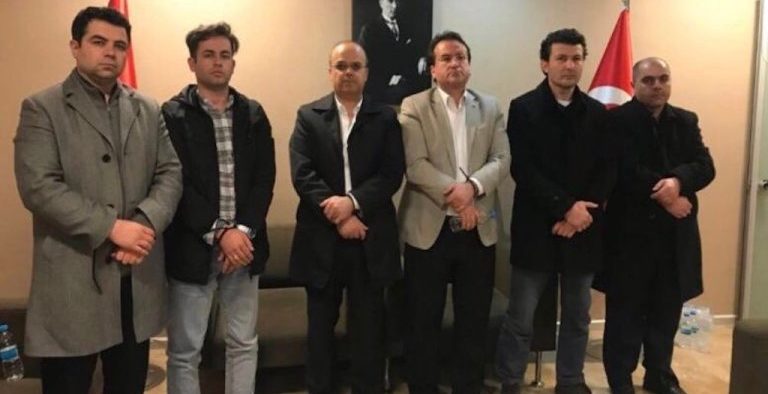 The three individuals are Driton Gashi, former head of the Kosovo Intelligence Agency;  director of the Department of Citizenship and Migration at the Interior Ministry; and Rrahman Sylejmani, head of the Directorate of Migration and Foreigners in the Kosovo Border Police.

Krasniqi told Balkan Insight he has been made aware of an indictment but has not officially received it. Sylejmani said he had not been informed about an indictment being filed against him, but was aware that he was being investigated.

Sylejmani added that both he and the Kosovo Border Police had acted in accordance with the law during the deportation process, stating that the institution was the third link in the chain following the Intelligence Agency and the Ministry of the Interior. “We performed procedures in accordance with the law,” he told Balkan Insight. “We’ll face this in court, there is no problem.”

Former head of the Intelligence Agency, Gashi was dismissed from his post following the illegal deportation of the Turkish nationals. The then-prime minister, Ramush Haradinaj, claimed the incident had happened without his knowledge.

Turkish President Recep Tayyip Erdoğan has been targeting followers of the Gülen movement since the corruption investigations of December 17-25, 2013, which implicated then-Prime Minister Erdoğan, his family members and his inner circle.

Dismissing the investigations as a Gülenist coup and conspiracy against his government, Erdoğan designated the movement as a terrorist organization and began to target its members. Erdoğan intensified the crackdown on the movement following a coup attempt on July 15, 2016 that he accused Gülen of masterminding. Gülen and the movement strongly deny involvement in the abortive putsch or any terrorist activity.

The United Nations Working Group on Arbitrary Detention (WGAD) concluded in September that the arrest, detention and forced transfer to Turkey of the teachers by Kosovar and Turkish state agents was arbitrary and in violation of international human rights norms and standards.

According to a report by Freedom House on global transnational repression Turkey has become number one among countries that have conducted renditions from host states since 2014. The Turkish government has pursued its perceived enemies in at least 30 different host countries spread across the Americas, Europe, the Middle East, Africa and Asia since a coup attempt in July 2016.

“Ankara’s campaign has primarily targeted people affiliated with the movement of religious leader Fethullah Gülen, which the government blames for the coup attempt,” said the report, adding that “[r]ecently, however, the effort [of the Turkish government] has expanded, applying the same tactics to Kurdish and leftist individuals.”