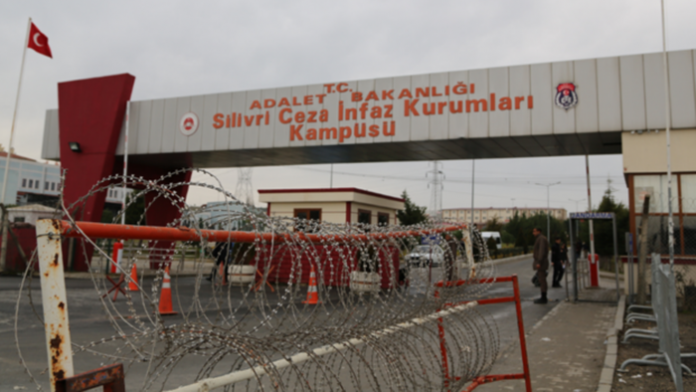 Air force cadets serving time in İstanbul’s notorious Silivri Prison on conviction of taking part in an abortive putsch in Turkey on July 15, 2016 are suffering from COVID-19, according to Melek Çetinkaya, the mother of one of the cadets who visited them on Thursday.

“All the children are very sick. My son could barely stand thanks to medication,” Çetinkaya said in a video posted on Twitter. “One of the cadets passed out during the visit. He was very weak, he couldn’t stand up. Another cadet vomited. Some had a fever.

The surge of COVID-19 cases in Turkey has presented greater concerns in the country’s prisons, which were already notorious for human rights abuses, overcrowding and unsanitary conditions before the pandemic.

Only this month Halil Şimşek, a dismissed academic arrested over alleged links to the Gülen movement, and Şeref Vatansever, 47, a former computer science teacher fired from his job during a post-coup purge in Turkey, died due to COVID-19.

The death of those political prisoners revealed once again how the Turkish government puts their health in immediate danger.

The Turkish parliament passed an early parole law on April 14 aimed at reducing the inmate population of the country’s overcrowded prisons due to the coronavirus pandemic. Yet, the legislation excluded political prisoners, including opposition politicians, journalists, lawyers, academics and human rights defenders convicted under the country’s controversial counterterrorism laws. The law prompted calls from the UN, the EU and rights groups for the non-discriminatory reduction of prison populations.

The purge of thousands of dissidents in the aftermath of the coup attempt in July 2016 has filled Turkey’s prisons, which today are overcrowded with tens of thousands of political prisoners.