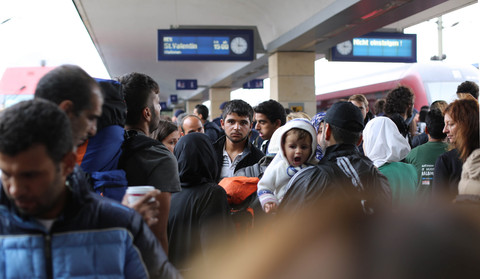 The number of people forced to flee their homes has risen to record numbers, says the United Nations.

The flare up violence in Ethiopia, as well as on-going conflicts and wars elsewhere, comes against the backdrop of a pandemic caused by Covid-19.

“This is the third-lowest number of the past decade, and it continues a downward trend from the previous two years,” notes the report. Of those some 34,400 were resettled refugees, compared to 107,800 in 2019.

Similar observations were made earlier this week by the head of the International Organization for Migration (IOM), António Vitorino.

He told MEPs that the pandemic had triggered an unprecedented health, humanitarian, social, economic, and human rights crisis.

He said those impacts, coupled with extreme poverty, political instability and disasters, have driven humanitarian needs to new levels.

“At the end of last year, over 235 million people were in need of humanitarian assistance and protection,” he said.

He said the imposition of border restrictions and travel bans had also left migrants stranded, including seasonal workers and many others.

Meanwhile, the vast majority of migration in Africa remains inside the continent, he said.

For its part, the European Union has been negotiating an EU resettlement scheme for the past three years.

“It is about time we conclude this file and adopt it as soon as possible,” said Spanish socialist MEP Juan Fernando López Aguilar. The EU had also recently adopted a Blue Card directive to attract high skilled workers from abroad.

“We are an aging continent and that is quite clear,” noted Portugal’s minister of home affairs, Eduardo Cabrita. But the thrust of the EU’s migration policy still remains focused on preventing unwanted arrivals, as it seeks to secure deals with countries of origin and transit.

Some 54 ministers of foreign affairs and home affairs in March had gathered to discuss the external dimension of migration. Those talks have helped set the stage for an EU summit among heads of government and state later this month.