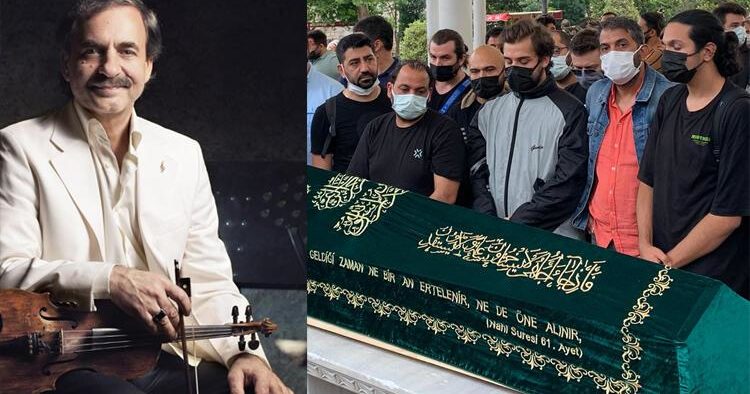 Famous Turkish violinist İlyas Tetik has died by suicide at his home in İstanbul allegedly due to financial problems, becoming the latest victim of the dire conditions caused by the coronavirus pandemic for the country’s musicians, Turkish media outlets reported on Tuesday.

Tetik’s suicide has sent shockwaves through the pandemic-hit Turkish music and entertainment sector, which has so far failed to secure any assistance from the ruling Justice and Development Party (AKP).

Tetik had composed many popular pieces of music and worked as musical director for the albums of famous musicians such as Sezen Aksu and Ajda Pekkan.

A former opposition lawmaker criticized the AKP government for a ban on live music performances in public venues after 12 a.m., saying that Tetik would perhaps be alive if there had been no such ban.

“Music does not disturb people, but if you take music out of the hands of people who make a living with music, their lives turn into hell. It is very saddening to lose a great master in such a way,” tweeted Ceyhun İlgin, a former lawmaker from the Republican People’s Party (CHP).

Turkish President Recep Tayyip Erdoğan drew the ire of many after announcing last month that the country would lift Sunday lockdowns and roll back most other restrictions as of July 1 as the latest wave of the pandemic subsides, but that a partial ban on live music performances would remain.

“We are pushing the restrictions on music to 12 a.m. Don’t be offended, but no one has the right to disturb others at night,” he said, sparking outrage.

Musicians have been going through tough times since the introduction of restrictions to contain the COVID-19 pandemic in Turkey, and a lack of sufficient support from the government has further exacerbated their burden.

There are roughly 1 million musicians in Turkey, many of whom work without insurance and so have been unable to claim state benefits since the beginning of the pandemic.

More than 100 musicians in Turkey have died by suicide since the country introduced preventive measures against the COVID-19 pandemic in March 2020, according to the Musicians and Performers Union (Müzik-Sen).

On May 17 Erdoğan announced one-time payments to people affected by the pandemic including musicians, but the amount, 3,000 lira ($360), was far from adequate.