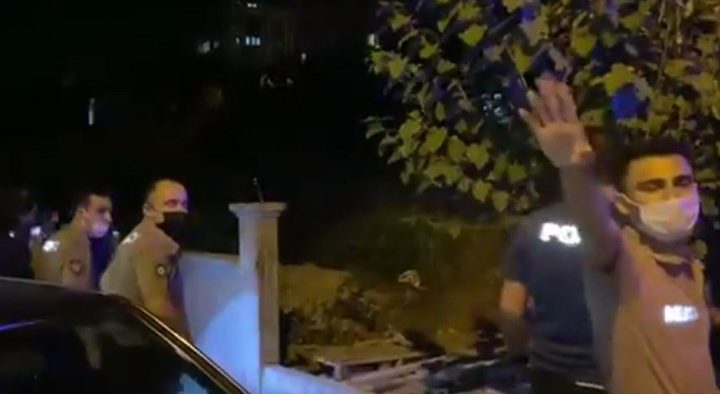 Three journalists were attacked on Tuesday by nighttime neighborhood watchmen while reporting on a toddler who went missing in İstanbul’s Beylikdüzü neighborhood and later died in the hospital, Turkish media reported.

Ahmet Yeşilmen and Kubilay Özev of the Demirören News Agency (DHA) and Erdal Can İçelli of the İhlas News Agency (İHA) were recording footage at the scene when a watchman knocked Yeşilmen’s phone out of his hands. After the journalists protested, they were further harassed by other watchmen in the area.

Yeşilmen shared footage of the incident on Twitter, saying, “Me, my cameraman Kubilay Özev and İHA reporter Erdal Can İçelli were attacked by watchmen while trying to cover the story of Zümra Nur, who went missing in Beylikdüzü last night and died in the hospital [after she was found].”

Zümra Nur Şenyurt, 3, went missing Monday evening and was later found unconscious in the elevator shaft of her apartment building. She was brought to a hospital but could not be saved.

Once disbanded, the nighttime neighborhood watchmen were revived by President Recep Tayyip Erdoğan and began patrolling city streets in 2017, a year after an attempted coup. The opposition strongly criticized the government for giving them the authority to demand that people present identification as well as use force, carry weapons and apprehend suspects.

In response to questions posed by Republican People’s Party (CHP) deputy Süleyman Bülbül, the Interior Ministry refused last year to disclose any information about the number of nightwatchmen who have been investigated or disciplined for battery, mistreatment or abuse of power in the last four years.

According to the report a total of 179 journalists appeared in court in 81 separate cases during the second quarter of the year, while 16 journalists were detained.