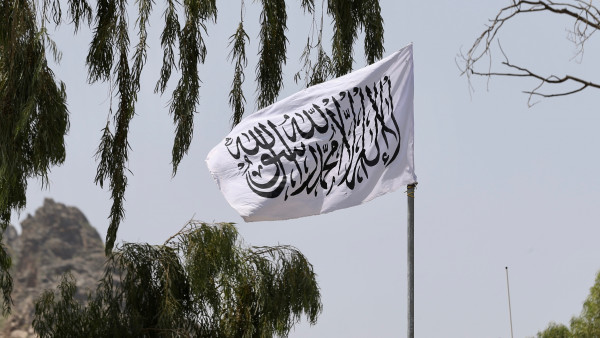 As regional governments adjust to the new realities created by the Taliban’s return to power, China and Russia are bound to play increasingly important roles.

At this moment, West Asia is in flux. Regional governments are attempting to adjust to the new realities created by the Taliban’s return to power two decades after its barbaric and ruthless rule of the 1990s and early 2000s.

The resurgent fundamentalist group that spent the past several weeks usurping control of provincial capitals and large cities before capturing Kabul is now compelled to take stock of the new geopolitical dynamics in the region as it attempts to consolidate its recent gains.

In practice, this will mean the Taliban must continue finding ways to foster positive relations with China and Russia – two powers that had much less influence in global politics the last time that the “Islamic Emirate” was governing Afghanistan.

In post-US Afghanistan, the Chinese and Russians are bound to play increasingly important roles in terms of trade, investment, diplomacy, and security.

Beijing looks at Afghanistan and sees a country that can make major contributions to the success of China’s Belt and Road Initiative (BRI). The Chinese also have their eyes on the country’s mining sector.

While probably less ambitious in Afghanistan than China, the Russians are hoping to benefit from the failure of Washington’s humiliating blunders in the war-ravaged country in ways that can further Moscow’s geopolitical interests.

Now with the US and NATO departing Afghanistan, Russia is determined to project influence and gain more clout across Eurasia, including in Afghanistan’s Central Asian neighbours which were part of the Soviet Union until 1991.

The leaders of China and Russia realise that for all the reasons to fear the implications of Taliban power being restored in Kabul, Beijing and Moscow must deal with the Taliban if they want clout in post-US Afghanistan. For the Taliban, the development of positive relations with China and Russia would serve to reduce risks of global isolation that defined its 1996-2001 period in power.

Within this context, figures within the Taliban have been bending over backwards to reassure Beijing and Moscow that the Islamist group’s rule does not threaten either China or Russia or any of their interests in Afghanistan.

The Taliban wants to move past previous periods in modern history in which the “Islamic Emirate” had extremely negative relations with both Beijing and Moscow.

During the Taliban’s 1996-2001 rule, the “Islamic Emirate” had links to the East Turkestan Islamic Movement (ETIM) according to Chinese government claims.

Also, in the 1990s and early 2000s, the Taliban armed and financed Chechen separatists while letting them train on Afghan soil. During that period Kabul was the only capital in the world that recognised Chechnya as an independent state. All these factors led to President Vladimir Putin threatening to bomb Afghanistan in May 2000.

As the world watches Afghanistan with trepidation, it is too early to know whether the Taliban will back up its words about inclusivity with actions.

But there seems to be a genuine desire on Beijing and Moscow’s parts to give Afghanistan’s new rulers a chance to demonstrate a commitment to moderation and good relations between Taliban-controlled Kabul and China/Russia.

Chinese officials have made it clear that actions are necessary to give the Taliban’s statements credibility. Beijing has made it clear that it will not tolerate the “Islamic Emirate” fostering relations with ETIM or other terrorists, separatists, or extremists from Xinjiang. The Taliban has promised Beijing that it will in no way support ETIM. Time will tell if the Taliban made such promises sincerely.

When speaking about the Taliban last month, Russia’s Foreign Minister Sergey Lavrov called them “sane people” who have “clearly stated that they have no plans to create problems for Afghanistan’s Central Asian neighbours, that they would uncompromisingly fight [Da’esh], and that they are ready to discuss the political structure of their nation with other Afghans because they used to be accused of wanting to create an Islamic emirate based on the Sharia law”.

Russia’s ambassador in Kabul has even praised the Taliban for ensuring security in Afghanistan’s capital since it took control of the city of six million earlier this month.

Nonetheless, the Russian government designated the Taliban a terrorist organisation in February 2003. Today, Moscow must consider lifting this designation if Russia is to recognise the Islamist group as Afghanistan’s legitimate government.

If the Taliban consolidates its rule, it would be easy to imagine a future in which Western governments refuse to recognise Afghanistan’s government as legitimate while the Chinese and Russians leave the door open to formalising relations with the “Islamic Emirate”.That moment has yet to come, with neither China nor Russia making this decision as of now. Both Beijing and Moscow have stated that their positions on this front will be dependent on the new rulers in Kabul demonstrating a commitment to moderation.

Looking ahead, will Western governments see China and/or Russia as capable of playing productive roles in terms of influencing the Taliban to be more tolerant, diplomatic, and mature?

So far, there seem to be some rare cases in which Washington and London’s chief diplomats are expressing optimistic views about Beijing and Moscow possible roles in post-US Afghanistan.

While in the Indian capital last month, US Secretary of State Antony Blinken addressed the meeting between his Chinese counterpart Wang Yi and Taliban representatives in Tianjin.

As Blinken explained, it is a “positive thing” that Beijing is attempting to help Afghan parties find a political resolution to the country’s problems. According to UK Foreign Secretary Dominic Raab, the British and their allies must “bring in countries with a potentially moderating influence [over the Taliban] like Russia and China, however uncomfortable that is”.

Indeed, it will not be comfortable for officialdom in Washington and London to begin viewing China and Russia as players that must be brought into Afghanistan to pressure the Taliban into being more moderate.

Yet it should not be lost on Western governments that international relations is not always a zero-sum game and that there are Afghanistan-related issues that put all permanent members of the UN Security Council in the same box.

After all, no major power in the world would like to see the Islamic State (IS) or al-Qaeda successfully take advantage of chaos in Afghanistan, nor do any of these countries want to see the Taliban govern as it did from 1996 to 2001.

Despite the West being at odds with Beijing and Moscow on many issues such as Syria, Xinjiang, Hong Kong, Tibet, Ukraine, Taiwan, and Libya, the idea of Western states finding ways to cooperate with China and Russia vis-à-vis Afghanistan should not be dismissed.

Erdoğan’s ‘police state’ an excuse for EU to keep Turkey out of bloc: Economist
NAT 28th August 2021
Submit an Op-Ed
Tweets by NewsAboutTurke1