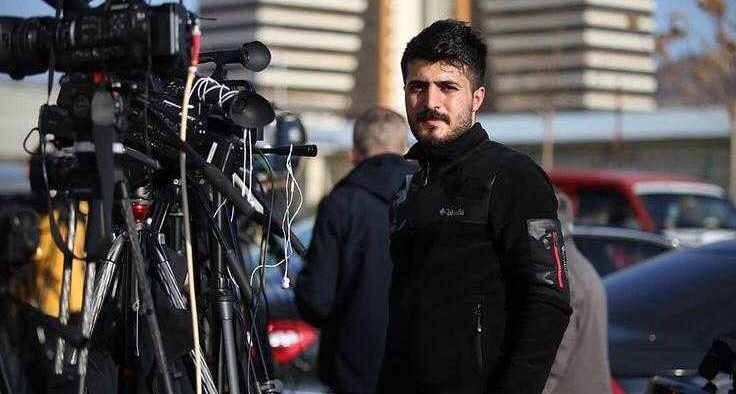 CALLS are growing for the immediate release of jailed Kurdish journalist Emrullah Acar, who was taken into custody last Friday following a raid on his home in Turkey’s Urfa province.

The Mesopotamia Agency (MA) reporter is being interrogated by the Malatya Security Directorate and lawyers confirmed today that his period of detention had been extended by four days.

The charges against him are unknown, with the public prosecutor’s office having placed a confidentiality order on his case, as is common practice when the Turkish authorities are taking action against journalists or political opponents.

It is believed that Mr Acar was targeted by the state because of his coverage of the so-called Justice Watch carried out by the Senyasar family for more than 250 days.

The high-profile protest has seen Ermine Senyasar stage a sit-in to demand justice for her husband and two sons, who were killed in a brutal attack by relatives and security guards of ruling Justice and Development Party (AKP) MP Ibrahim Halil Yildiz in 2019.

Police blocked Mr Acar from taking photographs and making notes at a press conference called earlier this year to mark the 200th day of the Justice Watch.

Ms Senyasar called for the journalist’s release today, promising to make his voice heard until he is freed.

MA, Turkey’s largest Kurdish news agency, is frequently targeted by the state and about a dozen of its journalists are currently behind bars.

Last year, international press freedom organisations condemned the Turkish authorities over the jailing of four journalists who had covered military operations in the largely Kurdish south-eastern province of Van.

Their dogged reporting uncovered a case in which Turkish soldiers threw two Kurdish farmers out of a helicopter and threatened residents of their village that it would be burnt to down if they told anyone what had happened.

Father-of-seven Servet Turgut died as a result of his injuries after 20 days in intensive care. No-one has been held accountable for the soldiers’ actions following a cover-up by the Turkish state.

MA spokesman Mujdat Can told the Morning Star that the news agency was targeted because it reports on serious violations carried out against the Kurdish people.

He described the agency’s journalists as “the eyes and ears of the region,” bringing news of the atrocities committed by the Turkish state to international attention.

“Emrullah Acar is a very good journalist,” Mr Can said. “The news he made disturbed the government; that is why he was detained. We want him to be released as soon as possible.”

Solidarity messages can be sent to [email protected]

Tags:
Previous Article
Turkey ranks first among countries that have moved away from democracy in the past decade: report
Next Article
Russia’s Altai should be center of Turkic world on Erdoğan’s map: Kremlin spokesman