Turkish editor working for media outlet critical of President Erdoğan is at risk of deportation in Norway: report

Turkish editor working for media outlet critical of President Erdoğan is at risk of deportation in Norway: report 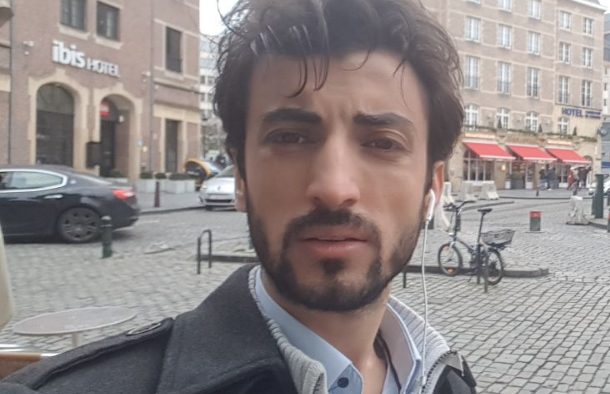 A Turkish journalist detained in Norway, where he went to apply for asylum, is fighting a legal battle against deportation to Turkey. If the journalist is deported, his arrest is considered certain given the previous actions of the Turkish government, Nordic Monitor reported.

Zafer Yılmaz, 35, an editor for the Vienna-based Kronos news website who lived in Austria for almost 10 years and whose asylum application in Austria was previously rejected, was detained in Norway on April 15.

Yılmaz arrived in Norway to apply for asylum status a second time and to avoid deportation to Turkey. The Norwegian authorities stated that the decision of the Austrian court is binding on them due to Schengen rules, rejecting his application, Nordic Monitor has learned. He is now in custody, awaiting the conclusion of his appeal of the rejection of his application.

In 2018 Yılmaz applied for international protection and asylum in Vienna, where he first went to study at university 10 years ago.

According to Nordic Monitor Yılmaz has been living outside Turkey for a number of years, he could not submit official documents such as a search warrant or an arrest warrant issued for him. It is believed that the Austrian authorities assessed that there was no risk of arrest or mistreatment for him in Turkey. However, especially after an abortive coup in 2016, the Turkish government detained hundreds of thousands of people affiliated with the faith based Gülen movement.

After his asylum application was rejected twice by the local court, Yılmaz applied to the Austrian Constitutional Court on the grounds that his application was rejected due to procedural errors he made. However, the Constitutional Court declined his request since it did not fall within its jurisdiction. So the journalist faced the risk of being deported to Turkey and imprisoned, despite the fact that the European Court of Human Rights has ruled multiple times that the deportation of foreign citizens to countries where torture or ill-treatment is a genuine risk contravenes the European Convention on Human Rights.

Yılmaz claims that a time gap between the expiration of his residence permit and his asylum application caused a misunderstanding and that the Austrian authorities made an incorrect assessment. Stating that he went to Norway as a last resort in order to avoid deportation to Turkey, he has requested his documents meeting the asylum conditions be re-evaluated. Yılmaz’s lawyer is also trying to get him released. His colleagues worry that sending him back to Austria would mean that he is sent to Turkey since a decision was taken by the Austrian authorities to deport him to Turkey.

Yılmaz is among the founders of Free Journalists, a nongovernmental organization founded in Vienna in 2016 to support independent journalism and journalists in exile. Yılmaz is also an editor at Kronos, the publication arm of Free Journalists. Publishing in Turkish and German, Kronos is particularly interested in human rights violations and political issues in Turkey. According to the Committee to Protect Journalists (CPJ), access to the Kronos website has been banned 33 times by Turkish courts, indicating that Kronos is already on the black list of the Turkish government and the courts under its influence. The website also includes news stories of journalists fleeing Turkey to avoid arrest and ill-treatment. The fact that Yılmaz works for Kronos is sufficient reason for his arrest and mistreatment if he goes to Turkey.

Yılmaz was a volunteer with the Kimse Yok Mu charity, which was banned by the Turkish government because of its affiliation with the Gülen movement.

Levent Kenez, journalist who fled Turkey, was recently at risk of being extradited to Turkey from Sweden. “If you are a journalist opposed to the government, getting arrested when you return home is something anyone in Turkey can easily predict today,” Kenez says.

This week, Turkey was ranked 149th among 180 countries in the Reporters Without Borders (RSF) 2022 World Press Freedom Index, with the prominent press organization warning about rising authoritarianism in the country and declining media pluralism.

Previous Article
Migration map of İstanbul: People from all over the world in 39 districts
Next Article
Turkish president’s god daughter wants to turn ancient madrasa into offices