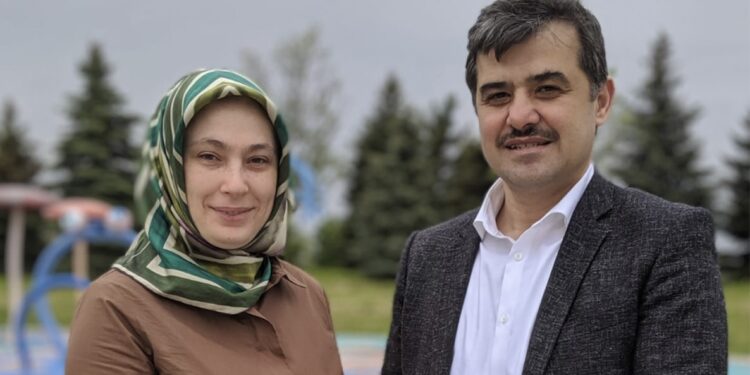 A former professor who sought asylum in Canada after a coup attempt in Turkey in July 2016 drowned on Sunday in Ontario’s Lake Simcoe while trying to save another person, the Bold Medya news website reported.

Hakan Acar had been on the staff of Fatih University, a private institution affiliated with the Gülen movement that was later closed down. He was accused by Turkish authorities of having links to the movement in the aftermath of the coup.

Acar was travelling in Canada at the time of the coup and would have faced prosecution had he returned to Turkey. He therefore appealed to Canadian authorities for asylum with his wife and two children.

Acar’s death caused deep sorrow among his former colleagues and other purge victims.

Turkish President Recep Tayyip Erdoğan has been targeting followers of the Gülen movement, inspired by Turkish Muslim cleric Fethullah Gülen, since the corruption investigations of December 17-25, 2013, which implicated then-prime minister Erdoğan, his family members and his inner circle.

Dismissing the investigations as a Gülenist coup and conspiracy against his government, Erdoğan designated the movement as a terrorist organization and began to target its members. He intensified the crackdown on the movement following an abortive putsch that he accused Gülen of masterminding. Gülen and the movement strongly deny involvement in the coup attempt or any terrorist activity.

Following the abortive putsch, the Turkish government declared a state of emergency and carried out a massive purge of state institutions under the pretext of an anti-coup fight. More than 130,000 public servants, including 4,156 judges and prosecutors, as well as 29,444 members of the armed forces were summarily removed from their jobs for alleged membership in or relationships with “terrorist organizations” by emergency decree-laws subject to neither judicial nor parliamentary scrutiny.

A total of 319,587 people have been detained and 99,962 arrested in operations against supporters of the Gülen movement since the coup attempt, Turkey’s Interior Minister Süleyman Soylu said in November.

In addition to the thousands who were jailed, scores of other Gülen movement followers had to flee Turkey to avoid the government crackdown.

According to a Eurostat report for 2008-2020, Turkish citizens are among the top asylum seekers in EU countries, ranking seventh in a list of countries whose citizens sought asylum in the EU in 2020.