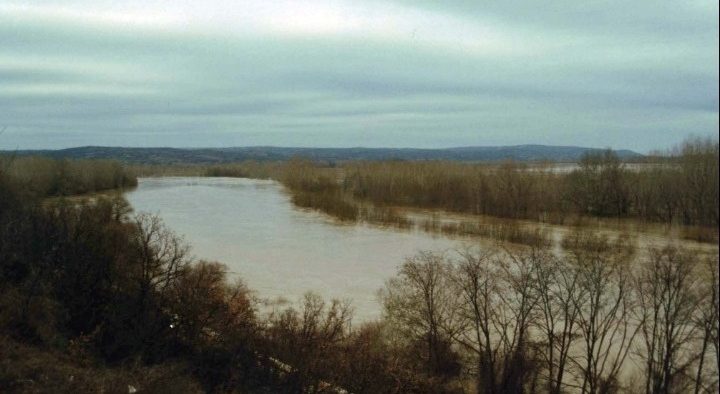 THESSALONIKI, Greece (AP) — Greece on Thursday asked neighboring Turkey to help about 40 migrants, some urgently requiring medical aid, reported by aid groups to have been stranded for days on a river islet inside a restricted military zone at their border, police said.

A police statement said the request was made after it emerged that the coordinates given for the islet on the Evros River were “outside Greek sovereignty.”

It said Turkish authorities were asked “to urgently take all necessary action” to quickly get the migrants off the islet and provide them “with all required assistance.”

The Greek Council for Refugees said the migrants, who had allegedly have been batted from side to side of the border by Greek and Turkish authorities, told them a 5-year-old girl died on the islet after being stung by a scorpion.

A police official told the AP that for days police have chased successive reports of migrants stranded on Evros islets, but due to different coordinates for the migrants’ location, found nobody.

The head of the Greek Council for Refugees, Vassilis Papadopoulos, said his group first heard about the migrants in mid-July. He said they were about 50 people who had allegedly succeeded in crossing to the Greek side but were then forced back to Turkey. Migrants also told his group that Turkish authorities allegedly returned them onto first one islet then another, until they ended stuck on a Greek islet mid-river. By then, the migrants’ number had reportedly grown to about 70.

Thousands of migrants from the Middle East, Asia and Africa try to cross illegally into Greece from Turkey every year, hoping for a better life in Europe.

Greece has strongly denied persistent allegations that it commits pushbacks — sending asylum-seekers who reach its territory back to the country they entered from without being allowed to request asylum. That is illegal under international law protecting the rights of asylum-seekers.

Turkish strikes on Kurds stoke tensions with Syria as well