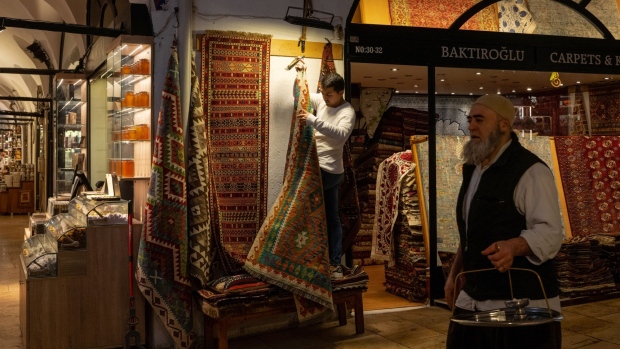 The central bank this week said it’s ending its monetary easing cycle as it lowered the benchmark to 9% from 10.5%. It has been defiant against this year’s trend of global tightening as many central banks raise interest rates to tackle soaring inflation.

“We cut the rates to single digits and this will continue as such. Don’t worry, inflation will also come down,” Erdogan said on Saturday in a speech in Konya. He has taken an unconventional view that lower rates have the power to cool inflation.

Erdogan has doubled down on his demands multiple times in recent months for lower borrowing costs to spur the economy and exports, even as inflation poses the most urgent threat to his two-decade grip on power ahead of elections scheduled for June.

The lira has slid more than 28% against the dollar this year, the second-worst performer among major emerging market currencies. High food and energy prices fueled by Russia’s invasion of Ukraine have hurt Turkey’s economy.

Previous Article
SDF commander denies responsibility for rockets fired from Syria that killed 2 in Turkey
Next Article
Greece Vs Turkey: The Military Balance in the Aegean

Greece Vs Turkey: The Military Balance in the Aegean
NAT 26th November 2022
Submit an Op-Ed
Tweets by NewsAboutTurke1