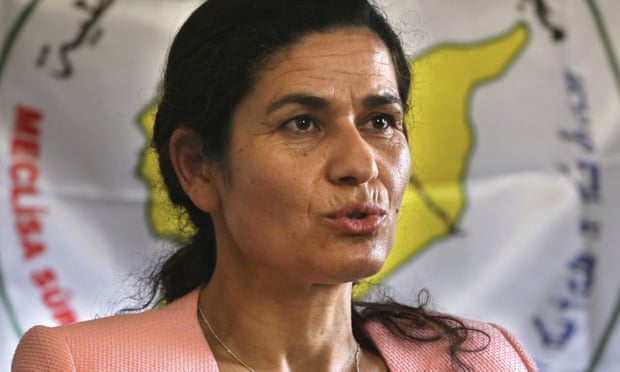 The leader of the Syrian Kurds has called for a small international observer force to be stationed on the Turkey-Syria border to protect Kurds from what she says is the threat of crimes against humanity committed by Turkish forces.

Ilham Ahmed is co-chair of the Syrian Democratic Council – the political arm of the US-backed and Kurdish-led Syrian Democratic Forces (SDF), which have been responsible for liberating much of north-eastern Syria from Islamic State.

Described as one of the most powerful women in Syria, Ahmed is leading a Kurdish delegation touring Washington, Paris and London to persuade western countries not to betray the Kurds by leaving them exposed to the threat of a Turkish attack.

Ahmed said a final SDF assault on the last Isis redoubt would finish within days. Plans requiring “time and patience” were being drawn up to eradicate sleeper cells, she said.

She was speaking in the wake of the shock announcement by Donald Trumpthat 2,000 US troops will leave north-west Syria on the basis that Isis had been defeated.

Ankara views the Kurdish forces in Syria as a terrorist threat and an extension of the Kurdish separatist movement within Turkey’s own borders.

The Turkish president, Recep Tayyip Erdoğan, has repeatedly warned America that a Turkish military operation against the US-backed Kurdish People’s Protection Units (YPG) in Manbij is near. “Our patience is not limitless, he said over the weekend. “If the terrorists are not removed from Manbij within a few weeks, our waiting period will end.”

Ahmed said: “After all that has happened, if there is an attack, we will regard those that remain silent in the face of those threats as guilty of crimes against humanity.

“It is not just there will no longer be any trust in the coalition forces who we have fought alongside, and that their credibility will have been lost forever. It will mean the emergence of very big wars in this area.

“Any attempt by the Turkish state to establish a safe zone in the north of Syria will be an occupation, and no matter that the Turkish state wants to convince others that it will be a force for calm in the region, this is not what will happen. 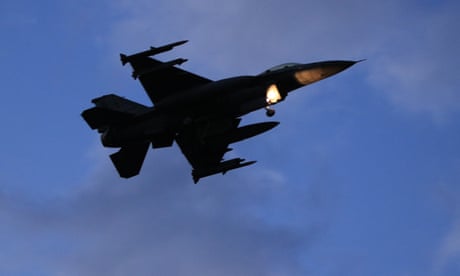 “We saw this in Afrin last year as they tried to erase our culture and remove people from their homes. Huge massacres have been committed by the Turks. A further attack will only bring more war, displacement, occupation and an attempt to destroy our culture.”

An international protection force would provide aerial defence, she said, but “we would like to see an international power on the border as observers to ensure that Turkey does not attack”.

The force would be composed of “states that have actively participated in the war against IS, and the UN should also play a role”, she said. She added discussions were continuing now on the size and composition of the force, but it could be a symbolic number.

She also said Kurds were willing to put foreign fighters on trial in Kurdish Syria if they were given major international support on the legal procedures. “It would be better if they were tried in their own countries,” she added.

She said 800 to 900 Isis foreign fighters were currently held in prison by the Kurds and about 4,000 wives and children in refugee camps. She said: “We have not said we will let the fighters go, but if the Turks attack then it is true we will be fighting for our own existence and it is possible we may not be able to keep them under control and they may return to Europe. That is also at stake when we talk about an attack by the Turkish state.”

Ahmed denied the Kurds were actively discussing forming a security alliance of convenience with the Syrian president, Bashar al-Assad, if the West decided it could not protect the Kurds from a Turkish assault.

“The regime has shown no signs of interest in a meaningful dialogue with us about Syria’s future,” she said.

Any such dialogue would require a change by the regime, including agreement to a political solution about the future of a federated and unified Syria.