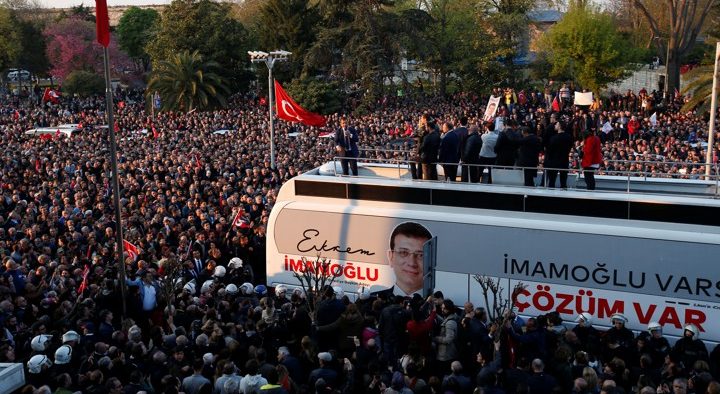 The EU and leading member states have sharply criticised a decision in Turkey to re-run Istanbul’s mayoral election, after a shock opposition win.

An EU spokesperson called on Turkey’s electoral body to explain the controversial decision “without delay”.

The move was also criticised by the French government and by leading MEP Guy Verhofstadt, who said Turkey was “drifting towards dictatorship”.

The AKP claims that there were irregularities that invalidate the vote. The decision to hold a new poll on 23 June sparked protests across Istanbul on Monday. Hundreds of people gathered in several districts, banging pots and pans and shouting anti-government slogans.

“Ensuring a free, fair and transparent election process is essential to any democracy and is at the heart of the European Union’s relations with Turkey,” the EU’s diplomatic chief, Federica Mogherini, said in a statement.

Mr Verhofstadt, the Belgian leader of the liberal group in the European parliament, said on Twitter that the Istanbul rerun threatened to make continuing EU accession talks “impossible”.

Opposition candidate Ekrem Imamoglu, who won the mayoral election but has now been stripped of his duties, described the move as “treacherous”. His CHP party has accused election authorities of bowing to pressure from Mr Erdogan. 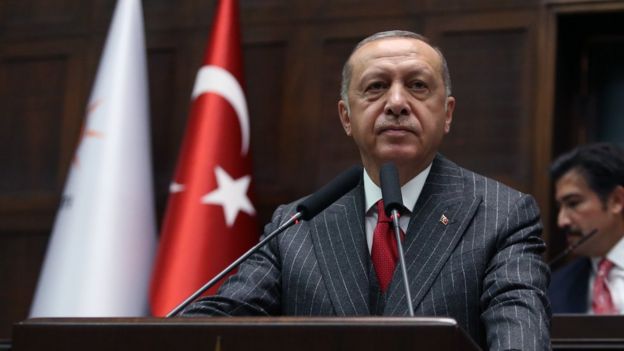 Why is the vote being re-held?

An AKP representative on the electoral board, Recep Ozel, said the re-run was called because some electoral officials were not civil servants and some result papers had not been signed.

But CHP deputy chair Onursal Adiguzel said the re-run showed it was “illegal to win against the AK Party”. Mr Adiguzel said on Twitter that the decision was “plain dictatorship”.

“This system that overrules the will of the people and disregards the law is neither democratic, nor legitimate,” he wrote. 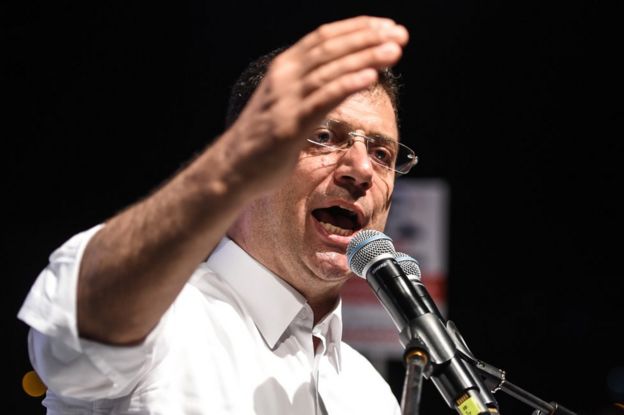 In a speech broadcast on social media, Mr Imamoglu condemned the electoral board and said they were influenced by the ruling party.

“We will never compromise on our principles,” he told the crowd. “This country is filled with 82 million patriots who will fight… until the last moment for democracy.”

A supporters’ group for Mr Imamoglu urged restraint, saying: “Let’s stand together, let’s be calm… We will win, we will win again.” 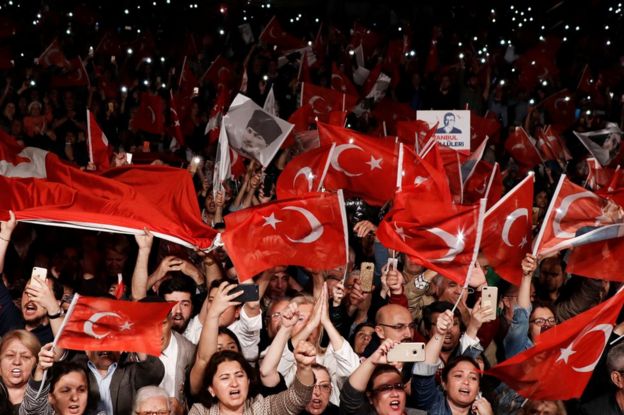 What has the president said?

Speaking at a parliamentary meeting of the AKP, Mr Erdogan said that re-running the vote was the “best step” for the country.

“We see this decision as the best step that will strengthen our will to solve problems within the framework of democracy and law,” he said.

He claimed that there was “illegality” in the vote and said a re-run would represent “an important step to strengthen our democracy”.

But the re-run decision is said to have split the AKP, alienating some of its leading lights. Abdullah Gul, Mr Erdogan’ predecessor and one of the founding party members, is reportedly preparing to form a new party.

What is the background?

Municipal elections took place across Turkey on 31 March and were seen as a referendum on Mr Erdogan’s leadership amid a sharp economic downturn.

Although an AKP Party-led alliance won 51% of the vote nationwide, the secularist CHP claimed victory in the capital Ankara, Izmir, and in Istanbul – where Mr Erdogan had once been mayor.

In Istanbul, more than 8 million votes were cast and Mr Imamoglu was eventually declared the winner by a margin of less than 14,000.