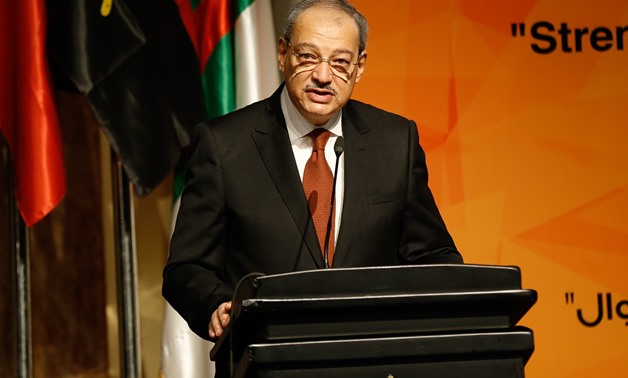 CAIRO – 15 May 2019: Cairo International Airport earlier recieved the body of a Palestinian citizen who, according to some reports, was killed in one of Turkey’s prisons. The body was handed to the victim’s family to be transferred to the Gaza Strip.

The Turkish authorities claimed that Zaki Mubarak, the victim, was a spy to the United Arab Emirates, and that he died after committing suicide. However, it failed so far to support its claims by any evidence.

Zaki Mubarak entered Turkey on March 30, and disappeared only four days later. A complaint was issued by Zaki’s brother and daughter’s lawyer to Egypt’s Attorney General said that on April 19, Zaki’s lawyer noted that his client was arrested by the Turkish authorities over false charges.

The lawyer said that Zaki would be released within few days, in case the Turkish authorities did not introduce an incriminating evidence, the complaint read.

“On the same day, we were shocked as Turkish media and [Doha-based] Al-Jazeera Channel have [adopted] an exaggeration [approach] and claimed that he (Zaki) has admitted [his crime] and that there is evidence against him,” the complaint added.

The lawyer told the victim’s family that the media is lying concerning Zaki’s confession, according to the complaint.

On April 28, “we received news [claiming] that the Palestinian citizen Zaki Yusuf Mubarak Hassan hung himself and died of suicide in Istanbul’s Silivri Prison, which has a bad reputation.” Although the International Committee of the Red Cross, the United Nations, “most” of the media persons, and the family of the victim requested to be handed the victim’s body, “the Turkish side temporized,” according to the complaint.

On May 14, the victim’s body was sent from Turkey to Egypt and was transferred to Cairo’s Palestine Hospital, the complaint said.

“By examining the body before the delegate of the Palestinian ambassador in Cairo, we were shocked by the multiple [signs] of brutal torture, which we think led to his death,” the complaint added.

He also kept on straining ties with Saudi Arabia as he fueled the crisis of the murder of Jamal Khashoggi, a Saudi journalist who was killed in October last year inside the Saudi consulate in Istanbul by Saudi men through a “rogue operation,” according to Adel al-Jubeir, Saudi foreign minister at the time.

Tags:
Previous Article
Turkey Kurds: The bitter politics of the football pitch
Next Article
‘Did I upset you, boss?’: Can Dundar on the collapse of media in Turkey

‘Did I upset you, boss?’: Can Dundar on the collapse of media in Turkey
NAT 15th May 2019
Submit an Op-Ed
Tweets by NewsAboutTurke1