Turkey’s local elections were not free or fair

Turkey’s local elections were not free or fair 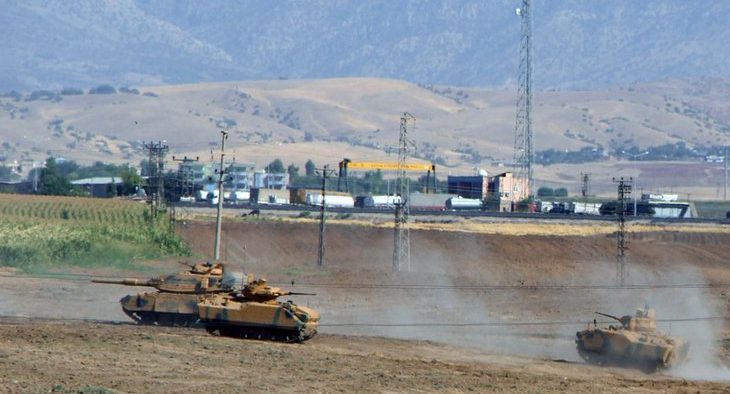 If Turkey can hang on to the remaining threads of its democracy and the fractured political opposition can organise itself effectively, it might not bode well for the future of president Erdogan and his ruling party.

During a hurried midnight taxi ride between Istanbul’s two major airports, the faces of Racep Tayyip Erdogan, Turkey’s authoritarian president, and Binali Yildrim, Turkey’s former Prime Minister and Istanbul mayoral candidate, gazed down at me from every lamppost and roadside hoarding. I had been invited to Turkey by the Peace and Democracy Party (HDP) as part of a local election observation mission, and the omnipresent sight of these two moustachioed members of the ruling AK Party served as a reminder – if reminders were needed – that the elections would not occur on a level playing field.

Turkey has been described by academics as a kind of hybrid electoral-authoritarian country. Its citizens are used to voting regularly and in relatively large numbers, even as the media and important state institutions are effectively under the tutelage of President Erdogan and his AKP. Recent plebiscites, including the 2017 referendum on switching to an anti-democratic presidential system, were marred by accusations of fraud and voter manipulation, but Turkey’s rulers nevertheless have cause to fear them. It is, despite President Erdogan’s best efforts to stack the deck in his own favour, possible for him to lose an election.

My eventual destination was the city of Diyarbakir, the unofficial capital of the Kurdistan region of Turkey. From there I was to meet other members of the observation mission before being transported to the majority-Kurdish town of Karakocan in Elazig province.

I was met outside Diyarbakir airport by an HDP representative who informed me that I was one of the lucky members of the mission. Turkish authorities had interrogated and deported on dubious anti-terror grounds the experienced journalist Steve Sweeney, and police had accosted another of our number outside the toilets in Sabiha Gokcen airport. For those of us who made it through to Diyarbakir unmolested, this was the start of a days-long feeling of physical and mental anxiety. One can only imagine what it feels like to be a dissident in this country, where the costs of being too open about one’s dissent are much higher.

The local elections were an important moment across Turkey for many reasons – not least because of the emphasis placed upon them by Mr Erdogan – but in the majority-Kurdish provinces they were important for additional reasons. More than 90 elected mayors affiliated with the Kurdish movement have been removed by the ruling AKP in recent years and replaced with kayyams (state trustees) under the usual pretext of terrorism. These illegitimate kayyams quickly set about dismantling hard-won Kurdish cultural projects and civil society associations, including bilingual roadsigns and nurseries providing Kurdish language education (incidentally, one cannot help but notice the striking levels of assimilation in Diyarbakir, where Turkish is heard on the streets much more frequently than Kurdish).

The kayyams also abolished some important women’s projects, including legal advice centres and campaigns around domestic violence. For the HDP and for many Kurds, the local elections were a chance to reclaim local representative institutions which had been seized by the ruling party and the state.

Reclaiming the seized municipalities would be an uphill struggle. The ruling party has cast the HDP as a terrorist front, its co-chairs Figen Yuksekdag and Selahattin Demirtas have been thrown in jail on trumped-up charges, and many of its members have been targeted by the criminal justice system. Moreover, state institutions such as the Supreme Election Board have lost much of their independence to the ruling AKP.

Before our journey through the vertiginous, snowcapped mountains between Diyarbakir and Karakocan, we were provided with some important background information by the HDP. They told us that Karakocan’s economy directly depends on government funds and that around 70 per cent of households receive ‘social aid’ or ‘semi-official jobs’. The locals had been encouraged to leave productive jobs such as agriculture and animal husbandry and, in turn, to surrender their economic independence. State-appointed local governors thereby had the power to cut their social aid or their semi-official jobs unless they voted in the correct way.

Moreover, we were told that HDP candidates had been isolated in their party buildings. Political activities in the streets were banned, with the exception of central rallies which were heavily policed. The police, we were informed, had been following and recording attendees with the possibility of using this evidence to extend their arrest lists. Based on my own experience, the mise en scene in Karakocan was little different from in Istanbul: pictures of the president adorned every lamppost and only a few HDP posters were visible.

On top of this lop-sided electoral environment, Mr Erdogan had already made it clear before the election that HDP mayors would be fair game for arrest and replacement by more kayyams. In addition, the destruction of swathes of provinces which elected pro-Kurdish mayors last time around will have been fresh in people’s minds. The penalties for electing the wrong people could be harsh. The fairness of the voting process on election day – the main raison d’etre of our mission – would only be one part of a much broader story.

We rose early on election day and travelled by car to seven polling stations in and around Karakocan. We re-visited some of them later in the afternoon. There were few problems during our early morning visits to the polling stations, but by late afternoon the police had briefly detained us, photographed our passports, asked us why we were interested in Karakocan, and told us that we would not be able to enter any more polling stations. There was a very obvious police presence and we were warned that there were many more undercover officers milling around.

As intimidating as the voting environment in Karakocan was, the atmosphere in provinces like Sirnak – which has been at the epicentre of the violence between the state and the PKK – was reportedly much worse. There, it was common to find a substantial military presence around the polling stations.

Despite the serious obstacles placed in the path of all opposition to the ruling AKP, the results of the local elections indicate that some important vestiges of democracy are still standing in Turkey. The opposition CHP won the mayoralty in Ankara and in Istanbul (the ruling party is demanding a re-run in the latter). In Diyarbakir, the HDP increased its lead over the AKP from 55 per cent in 2014 to 62.9 per cent in 2019 on an increased turnout. The AKP was the most popular party in Karakocan and, surprisingly, in Sirnak – long regarded as a bastion of Kurdish nationalism. The result in Sirnak appears to be at least partly explained by demographic changes resulting from the war. Furthermore, the province of Tunceli (Kurdish: Dersim) opted for a communist mayor who was allegedly supported by the ruling AKP.

In some provinces, such as Mus, the HDP lost to the AKP by a hair’s breadth. Although the Supreme Election Board has agreed to many of the recounts demanded by the AKP, it has so far refused to entertain requests from the HDP.

In the opinion of one HDP MP the results of the local elections vindicated the party’s tactics, which were to persuade its supporters in places like Istanbul and Ankara to vote for opposition CHP candidates whilst contesting provinces it had a chance of winning. Given the narrowness of the CHP’s disputed victory in Istanbul, the Kurdish vote does indeed appear to have played a significant role. Whether or not that will induce the CHP – a nationalist party that has always been hostile to Kurdish claims – to become a more inclusive political party remains to be seen.

As for the successful HDP mayoral candidates, the threatened backlash against them has already begun. The elected co-mayors of Diyarbakir are under investigation for terrorism offences allegedly committed during a victory celebration held outside the HDP’s offices. Most of the other successful candidates are still waiting for certification from the Supreme Election Board some ten days after the polls.

In conclusion, Turkey’s elections did not take place on a level playing field and there are reasons to doubt the fairness of some of the electoral processes. Nevertheless, the results have struck a significant blow to the ruling AKP. If Turkey can hang on to the remaining threads of its democracy and the fractured political opposition can organise itself effectively then it might not bode well for the future of president Erdogan and his ruling party.

Tags:
Previous Article
Think autocracy is ‘impossible’ here? Look at Turkey.
Next Article
Is Turkey the Western anchor of the New Silk Road?

Is Turkey the Western anchor of the New Silk Road?
NAT 11th June 2019
Submit an Op-Ed
Tweets by NewsAboutTurke1