The US and Turkey are in a showdown because Ankara wants to buy advanced Russian weapons, but Erdogan is after something much bigger

The US and Turkey are in a showdown because Ankara wants to buy advanced Russian weapons, but Erdogan is after something much bigger

Turkey’s decision to buy S-400 missiles from Russia has generated considerable debate in the country about the impact on Turkish-American and Turkey-NATO relations, Turkey’s change of international orientation, and possible harm to Turkish defense sector and economy.

Given these risks, it’s not entirely clear why Turkish President Recep Tayyip Erdogan wants to buy this weapon system. The reasons likely lie in the emerging state structure, the priorities of ruling coalition, the consolidation of Erdogan’s leadership, and the military turn in foreign and security policy.

Erdogan has control over all the state institutions of foreign and security policy. Presidential decrees designed the mechanisms of the new regime, including the foreign policy apparatus with its new councils and offices. The appointment of an ever-increasing number of non-career ambassadors to these offices and to top positions in the Ministry of Foreign Affairs reveals Erdogan’s strategy.

In this new design, the day-to-day functioning of foreign and security policy remains in the hands of career bureaucrats while the ruling political cadres determines the future design and path of foreign policy. Erdogan is in a position to put all those institutions into use for a presidential foreign policy.

With all these powers, he is the first civilian commander in chief in its true sense. He takes a military-realist or a hard power turn in foreign policy depending on domestic political rivalries, regional security challenges, and the international situation.

Erdogan’s military turn in foreign policy has been tested in Syria in a number of operations in the north to contain the Kurdish PYD-led Syrian Democratic Forces (SDF) and eliminate the Islamic State (ISIS or IS) along the nearby border.

The Syrian conundrum taught two lessons to Turkish foreign policy makers. First is the need for a missile defense system given the difficulties of arranging help from allies. Second is an autonomous foreign policy line after the failure to persuade the United States not to cooperate with the PYD, which is an off-shoot of the PKK in Syria. The Kurdish factor has been decisive for Turkey’s domestic and regional trajectory during this period.

It does not make sense for Turkey to search for a military role in its region or beyond without a national defense system. The US argument that NATO systems can cover Turkey has not been persuasive in Ankara. The dead end in the talks to buy Patriot missiles has been another disappointment on Turkish side. 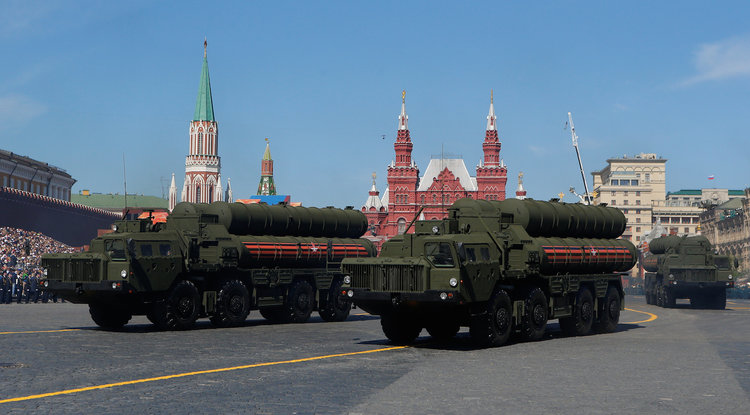 Turkey’s sudden strategic turn to Russia and its intention to cooperate with Iran in Syria, despite differences in policy lines, is the result of the desire to obtain missile system and build a multidimensional approach in foreign policy.

The military turn in foreign policy can be seen in three different initiatives.

First are the military operations in Syria and Iraq with their counterterrorism narrative. The shift from strict military isolation to direct military intervention and engaging proxies is about the political control of the military and intelligence in Turkey.

Second is the establishment of military bases outside the country. The military base in Qatar with possible naval capabilities and a military training base in Somalia are two examples. There are attempts as well to establish new ones, for instance in Sudan, with an eye toward opening up to new geopolitical opportunities to secure alliances and deter potential rivals.

Erdogan also wants to create an ambitious defense industry as an instrument for both military and economic development. Turkey wants to build up its own indigenous production capabilities to reduce dependence on others and acquire a customer base for its products. Turkey’s traditional defense exports were armored personnel vehicles. But now there are more complex Turkish products are on the market, such as frigates, attack helicopters, and armed uninhabited aerial vehicles. 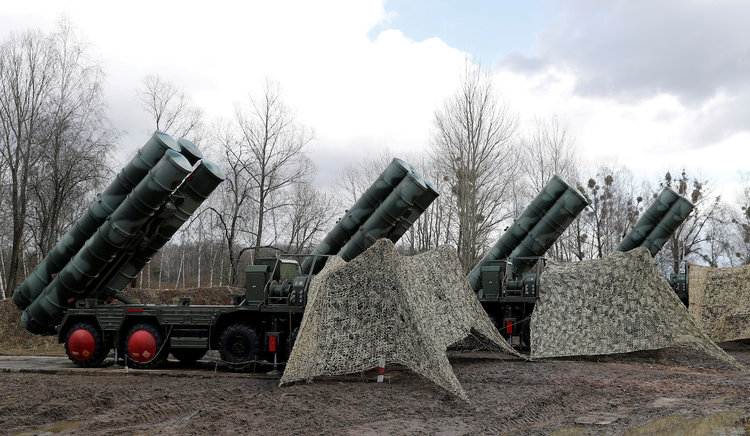 A S-400 surface-to-air missile system deployed at a military base outside the town of Gvardeysk near Kaliningrad, Russia, March 11, 2019. REUTERS/Vitaly Nevar

Erdogan’s decision to buy the S-400 missiles despite the threat of US sanctions, the cessation of the F-35 fighter jet partnership, and overall NATO discontent makes sense according to this hard-power shift in foreign policy.

The Turkish leader will test the limits of the United States and the international community as he expresses his reservations with the US-led liberal world order. But there is no evidence that he aims for a total divorce.

According to Erdogan, the new foreign policy, with its elements of military brinkmanship, will raise Turkey’s regional and international profile to a new level. He does not think President Trump will impose sanctions on Turkey, but he has also not hesitated to warn of retaliation in the case of such sanctions. The S-400 test will ultimately be a reality check for the sustainability of Erdogan’s policy in the coming months.

Regardless of the evolutionary direction of this new policy, a strong presidential influence over foreign policy decisions will continue. In addition, the military and intelligence will play a role in the new line of policy with the support of the security establishment. Erdogan’s new ruling coalition with the Nationalist Action Party, which also has the support of Eurasianist groups, backs the emerging hard-power foreign policy.

Turkey’s traditional Western orientation has become a thing of the past. The S-400 decision—with its political backing, dedicated institutional structure, and approval from the security elite—is a state policy. It’s not an easily reversible political choice.

Bulent Aras is a senior fellow at the Istanbul Policy Center in Istanbul, Turkey and a visiting professor at Rensselaer Polytechnic Institute.