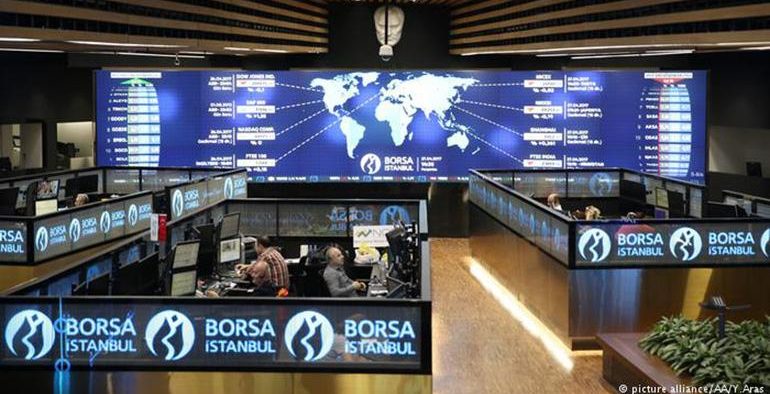 With Turkey near its second bull market this year the recent market optimism hasn’t been enough to deter bearish bets on the nation’s stocks, which have reached a record high.

Short interest as a percentage of shares outstanding in the New York-traded iShares MSCI Turkey exchange-traded fund soared to the highest level since at least 2008 on Monday, IHS Markit Ltd. data showed. Shares out on loan are also hovering near a record 3.7 million.

“Investors remain reluctant to move capital into Turkish assets,” despite the recent rally, according to Ipek Ozkardeskaya, a market analyst at London Capital Partners. “Political and geopolitical shenanigans have dampened the appetite at an unfortunate time, leaving the Turkish assets on the sidelines of the global equity rally.”

Turkish companies’ high level of foreign debt, combined with the lira’s volatility, remains a “major headache” for long-term investors, Ozkardeskaya said. A slowdown in the economy, local election jitters and the strained relations with the U.S. over Turkey’s purchase of a Russian missile defense system have underpinned bearishness toward the nation’s assets this year despite attractive valuations.

A meeting between the U.S. President Donald Trump and Turkey’s Recep Tayyip Erdogan fueled speculation that possible American sanctions against the country may be benign, and helped lift Turkish stocks. The nation’s equity market added more than 19% since a low in May and is close to its second bull market this year.

However, outflows from the iShares MSCI Turkey ETF were $148.1 million in the first half of the year. While the bulk of it came in the first quarter, the sell-off continued since March.

“The search of protection may be still high until investors are convinced and the rising short interest tells us that the idiosyncratic risks may not be fully priced in just yet,” Ozkardeskaya said.