Kurdish politicians handcuffed and beaten by police in Turkey’s east

Kurdish politicians handcuffed and beaten by police in Turkey’s east 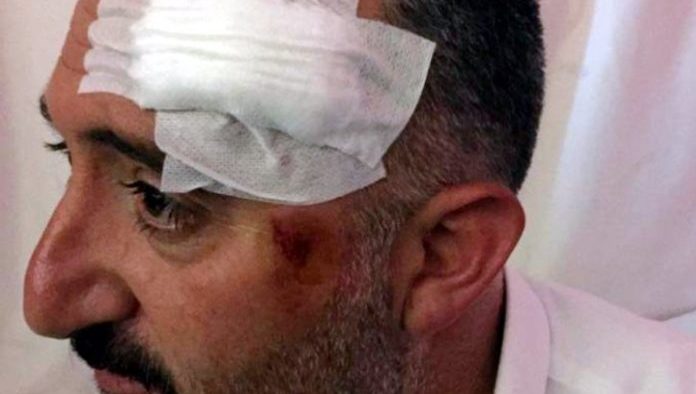 Betül Yaşar, who was elected mayor of Ağrı from the Peoples’ Democratic Party (HDP), and her co-mayor Evren Demir were reportedly handcuffed from behind, laid down on the ground and verbally insulted by the police after a discussion between their driver and the police at the entrance of the municipal building.

Demir was also hit in the head with a baton and subsequently sought emergency treatment.

In the proposal the HDP deputies claimed that after the incident the police also seized municipal security camera footage without presenting a prosecutor’s order.

The official HDP Twitter account on Tuesday published video footage showing a heated argument between municipal employees and a police officer in the building.