ISTANBUL — Sitting on a chair swinging her legs, 9-year-old Nisa flashes a rare smile at the memory of her mother kissing her the last time they saw each other. Barely a month back from a prison camp in Iraq, where her mother remains incarcerated on a life sentence for aiding terrorism, her short life has been one of untold trauma and upheaval.

She lived for five years in the Islamic State’s caliphate after her father took the family from Turkey to join the terrorist group. And she lost her baby brother and father to the war. She then spent more than a year in an Iraqi jail with dozens of other Turkish families affiliated with the Islamic State.

Now, she is one of more than 200 Turkish children the government has repatriated from Iraq. She was handed over to her maternal grandparents in Istanbul, who know only snippets of what she has been through.

“She was really skinny. Her eyes were full of fear,” said her grandmother Bedia, who, like the relatives of other children, asked that the family’s last name not be used to protect its privacy. “In the last month, she got herself together because we took care of her.

Turkey, like many Western countries, has been slow to take back citizens who ran off to join the Islamic State as it extended its violent rule across Syria and Iraq starting in 2014. Now that the movement has lost its territory in Syria and Iraq and thousands of fighters and their families have been captured or dispersed, there are growing fears that the remnants could bring terrorism home with them.

More than 12,000 foreign women and children are detained in Syria and Iraq. This poses a difficult quandary for their home countries, most of which have refused to repatriate their citizens. 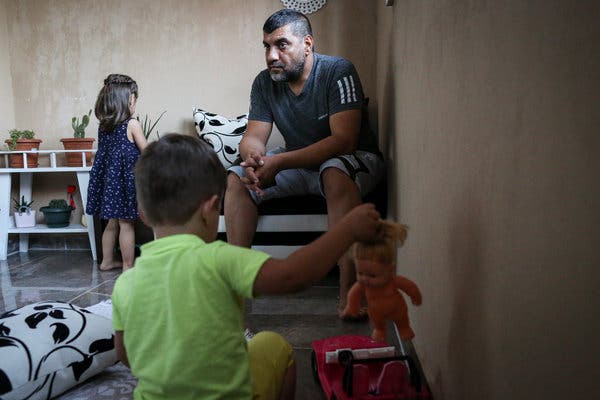 Halit, foreground, with his grandfather Huseyin, “The first week, he was crying very hard. It got to a point that he could not cry anymore,” his grandmother said.CreditTara Todras-Whitehill for The New York Times

The reluctance to repatriate these loyalists has extended to family members as well, such as wives and children. But under pressure from anxious relatives — some of them grandparents who have never even met their grandchildren — Turkish officials have changed their tune.

They began to help the families negotiate Iraq’s legal bureaucracy and secure the release of at least some of the children being held in a jail near the Iraqi capital, Baghdad.

Nisa’s family and others like it insist that the wives and children of Islamic State members do not deserve to be treated as criminals, as they frequently are, but should be considered victims of the movement instead.

Experts say that some women were indeed taken to the caliphate against their will. But many actively supported the cause and served as enforcers or fighters. How to sort the terrorists from the victims is a question many countries are still grappling with, though some seem content to leave the women in Iraq and Syria.

Roughly 1,000 Turkish women and children tied to the Islamic State were captured in Iraq, the majority outside the Iraqi city of Tal Afar in August 2017. Sixteen of the most vulnerable, sick and orphaned children were the first to return seven months ago.

Then in May, another 188 children, ages 1 to 16, came home to families in time for the religious festival of Eid al-Fitr in early June.

Dozens of Turkish women held in northern Iraq have also returned home, and 60 more children are expected in the coming weeks, according to families and friends in Turkey. Roughly 800 Turkish women and children are still believed to be detained in Iraq.

Families in Turkey are working for the return of the mothers of the repatriated children as well. But most of the adults have already been tried and sentenced in Iraq in a process that human rights organizations and the United Nations have criticized as summary justice.

The 188 recently repatriated children left behind 84 mothers who are still in detention, 26 of whom have been sentenced to death, according to a judge familiar with their cases in Baghdad.

Turkish government officials declined to comment on the repatriations.

There is no doubt the children have been through harsh times and need care. Families are dealing with everything from scabies and malaria to frenetic behavior and nightlong crying.

Nisa is clearly traumatized. She is afraid of the dark and will not even go to the bathroom on her own, her grandmother said.

“She panicked when she saw an airplane. She said, ‘Grandma, they are going to bomb us. Hide.’”

Huseyin, a pastry chef in the town of Denizli in southwestern Turkey, traveled four times to Baghdad to rescue his 2-year-old grandson, Halit, who was among the first group of 16 children brought home.

“He had malaria and scabies,” Huseyin said. “The first week, he was crying very hard. It got to a point that he could not cry anymore,” said his grandmother, Nevin.

Halit played happily on a recent afternoon on the couple’s sitting room floor, lining up toy trucks in a convoy. But when he first arrived, he kept biting their 4-year-old daughter, Huseyin said. When they took him to a shopping mall, they said Halit went into a frenzy, laughing wildly and giddy over candied apples. 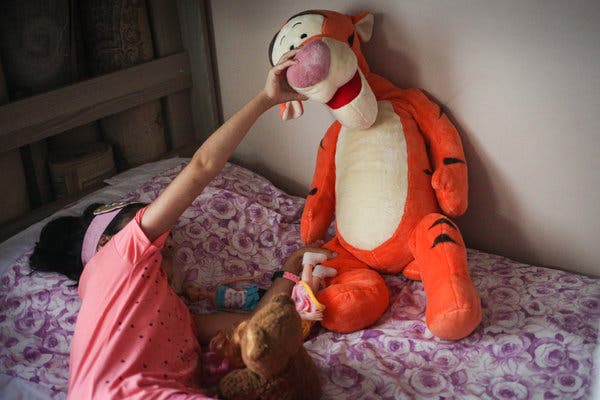 Nisa is scared of the dark and will not even go to the bathroom on her own, her grandmother said.CreditTara Todras-Whitehill for The New York Times

The jail in Baghdad, where dozens of Turkish mothers and children shared a communal cell, was a rough place, recalled 12-year-old Hattab, another returnee from the Turkish city of Konya who was held there for a time.

“The guards, they treated us like animals. They pushed us when we went outside,” he said. “Little kids got their hands squashed so many times.”

Part of an extended family who settled in Syria before the war, Hattab came home with three small boys belonging to his elder sister, 22.

“We do not know how old they are,” said his grandmother, Hacer.

She guessed that Abdullah, Gudami and Muhammad are 5, 4 and 2. All were underweight, and Gudami bore shrapnel scars on his head. They did not know half the foods she put in front of them, she said, breaking into tears.

There are deeper problems, too.

“Hattab has been through a lot and forgets things,” Hacer said. “I would not allow my other children, but for him we keep the lights on.”

The Ministry of Family, Labor and Social Services has handled the returns, vaccinating and registering the children and providing new clothes before handing them over to relatives. Officials have visited the families at home and have offered psychological help, although none interviewed had received it yet.

Some of the first children to return were traumatized and have had problems at school, Hacer said.

“My feeling is no psychologist is as good as a mother.” 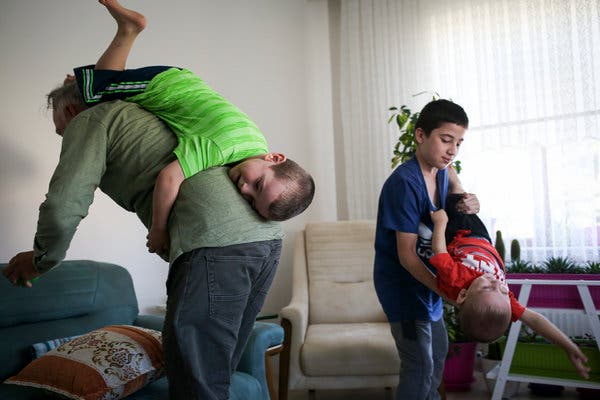 “The guards, they treated us like animals. They pushed us when we went outside,” said Hattab, center right. “Little kids got their hands squashed so many times.”CreditTara Todras-Whitehill for The New York Times

The families insist that some of the imprisoned women are just as much victims as their children.

Halit’s mother, Rumeysa, was only 16 and in high school when she ran off to Syria with a Turkish man 10 years her senior without telling her parents. Now 22 and widowed, she has been sentenced to life imprisonment in Iraq, most likely on charges related to aiding the Islamic State.

Huseyin is preparing a fifth trip to Iraq.

Nisa’s grandfather, a tailor named Mehmet, said his daughter Leyla was forced to go to Syria when her husband threatened to take the children, ages 5 and 6 months, without her. On her first Skype call home after leaving, Leyla would not even look at the camera. Her mother, Bedia, said she knew immediately that something was wrong.

“Would you not know your own child? I understood she was unhappy,” she said. “Whatever they do there is out of fear,” she said. “I don’t believe anyone who has been there would still like the idea of the Islamic State. My daughter was begging last year ‘Mom, please save us.’”

Her husband Mehmet insisted that the women should be returned, saying that he believed 90 percent of them were taken there unwillingly.

“They should be charged here if they are guilty,” he said.

Tags:
Previous Article
Turkey Is a Bad Place to Be an Influencer
Next Article
Turkey’s image as ‘Syria protector’ suffers following ‘forced deportations’ to Idlib

”ISIS is mobilised at a rate never seen in last 2 or 2.5 years”.-Interior Minister