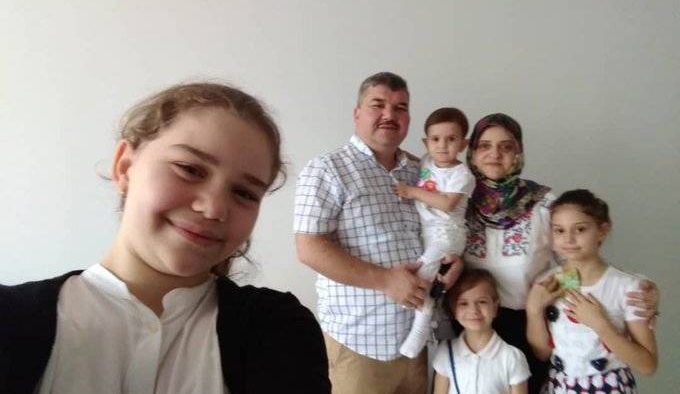 It is disturbing and disappointing that the government has once again deported an asylum seeker and his family without due process.

According to news reports, Arif Komis, a Turkish school teacher, and his family were recently deported to Turkey where they were immediately detained by Turkish police and now face an uncertain and certainly perilous future there.

Komis was declared a “person of concern” by the UN High Commission for Refugees (UNHCR) and was deported despite appeals by the UNHCR.

When asked about concerns that Komis might be tortured in detention, Prime Minister Dr Mahathir Mohammad flippantly dismissed such concerns saying, “I don’t know whether he will be tortured by Turkey. Do you know?”

Well, if the prime minister cared to be informed of the matter, he would have discovered that torture and the abuse of political prisoners in Turkey are already well documented. In fact, anyone detained under the country’s sweeping and widely abused anti-terrorism laws are tried before military tribunals which have scant regard for due process. It is not for no reason that the UNHCR itself lobbied to keep Komis and his family out of the hands of the Turkish security apparatus. In any case, if the prime minister didn’t know, shouldn’t he have taken the trouble to find out before sending them back?

And, although the prime minister summarily dismissed any comparison with the Dr Zakir Naik case, it does raise questions why a controversial fugitive from Indian justice is protected while a school teacher and his family who have been living quietly in Malaysia under UN protection are hastily returned to a country where human rights are routinely abused.

The prime minister also stated that “the action was taken by the police who felt that they should not be in the country” but what does that mean? Were the police acting on the basis of actual evidence that Komis was involved in terrorism or had broken any of our laws, or were they simply responding to allegations levelled against Komis by the Turkish state which conveniently tends to declare all its opponents as terrorists or terrorist sympathisers?

It is more than likely that the Komis family were deported because the prime minister, fresh from his visit to Turkey, is intent on pleasing the Erdogan regime (which he admires) even if he has to trample over Malaysia’s human rights obligations to do so.

It was not so long ago that Foreign Minister Saifuddin Abdullah – talking about the Naik case – waxed eloquent about Malaysia Baru’s commitment to be more careful about extradition requests in keeping with “our pro-democracy, pro-human rights administration that believes in freedom and the rule of law.” In the light of Komis’ deportation, it’s hard not to conclude that all that talk about respecting human rights was nothing more than a smokescreen to justify keeping Naik here.

And only last year, the prime minister, in his speech before the UN General Assembly declared that “new Malaysia will firmly espouse the principles promoted by the UN… truth, human rights, the rule of law, justice, fairness, responsibility and accountability, as well as sustainability. It is within this context that the new government of Malaysia has pledged to ratify all remaining core UN instruments related to the protection of human rights.”

Isn’t the protection of vulnerable asylum seekers, particularly those under UN protection, one of the principles promoted by the UN? What is the point of talking about revisiting contentious issues like ICERD and ICC when the government is not willing to do simple things like protecting asylum seekers?

When the unimaginable happened on the 9th of May 2018, we thought that we had finally ushered in a government that would sincerely uphold human rights and human dignity, that Malaysia Baru would be a powerful voice for justice in the world. What a disappointment!

After more than a year in office, repressive legislation remains on the books, no serious attempts have been made to resolve cases of enforced disappearances and deaths in custody and asylum seekers continue to be summarily deported.

Whatever happened to all those champions of human rights that previously inhabited the opposition benches in Parliament? Where once they spoke with passion and commitment in defence of human rights, they now sit meekly in the government benches pretending that they don’t see or hear about people like Komis.

And how come we haven’t heard anything from the prime minister-in-waiting? He, more than most, knows what it’s like to be deprived of due process and spend years in prison on trumped-up charges. One would have thought that he would be the first to speak out in defence of Komis but no, he, too, is an admirer of the autocratic Erdogan regime.

The deportation of the Komis family once again underlines the urgent necessity of setting up an impartial legal process to deal with asylum seekers facing deportation. The asylum process should be rooted in law rather than be made subservient to the whims of politicians or the demands of bilateral relationships. Surely, that is what upholding the rule of law is all about.

The views expressed are those of the author and do not necessarily reflect those of FMT.