Celtics’ Enes Kanter on his criticism of Turkey: ‘How can I stay silent?’

Celtics’ Enes Kanter on his criticism of Turkey: ‘How can I stay silent?’

Celtics star Enes Kanter isn’t backing down from speaking out on issues important to him.

In a first-person opinion piece published Thursday by The Boston Globe, Kanter wrote a letter detailing recent incidents in the United States stemming from his being an outspoken critic of Turkish President Recep Tayyip Erdogan.

“I have been receiving death threats for years now,” Kanter wrote under the headline, “Enes Kanter: I will not be silenced over Turkey.” “This is the price I am ready to pay if this is what it takes to stand up for what I believe is right. It’s worth it.”

He said he has hosted basketball camps across the nation, but Turkish diplomats tried to intimidate the venues to cancel them. He went into detail about allegedly being harassed outside a local mosque with Tacko Fall as one protester said, “Go to your father’s mosque. You’re a traitor!”

Kanter promised that he won’t be silenced as he aims to find answers to important questions after being “immensely blessed to be in America.” He explained that basketball is his escape, but as soon as he steps off the court, he wants to answer the questions: “What can I do for innocent people in Turkey who are suffering? Am I doing enough? How can I raise awareness?”

“Constant pressure by Turkish consulates across the United States, as well as pervasive and continual harassment by the government in Turkey, has so far failed to stifle my dissent. As they increase the pressure, I raise my voice. I won’t be deterred. They’re wasting their time.

“How can I stay silent? There are tens of thousands of people — including teachers, doctors, members of the judiciary and military, lawyers, bureaucrats, journalists, and activists — in prisons for years just because they’re not die-hard followers of Erdogan. Hundreds of babies are growing up in small prison cells with their mothers. Democracy today is on life support, if not dead, and anyone who speaks up faces prison time.”

The open letter comes less than a week after he shared of a video on Twitter, claiming he was harassed by supporters of Turkey’s president outside a mosque. He wrote: “Turkish Government don’t even let me practice my religion freely in America let alone my freedom of speech is under attack.”

Hello Everyone!#DictatorErdogan @RTErdogan thugs attacked and threatened me today after Friday prayer in Boston at a mosque 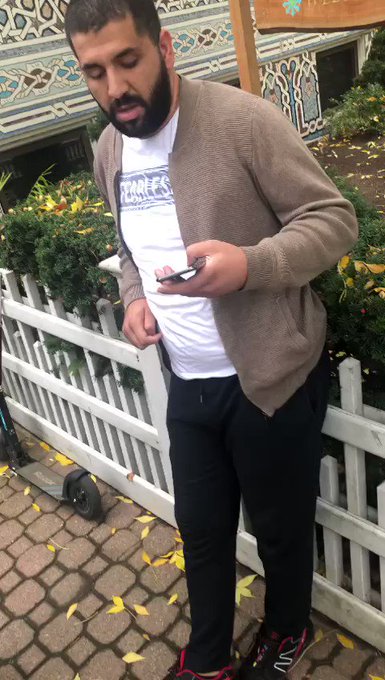 3,800 people are talking about this

Kanter has been in a dispute with the Turkish government in recent years stemming from the center’s outspoken support of Fethullah Gulen, a Turkish cleric based in the U.S. but who Erdogan accuses of being behind a failed attempt to overthrow Erdogan’s government. Gulen denies the accusation, but the failed coup attempt reportedly has led to thousands being punished in Turkey.

Last season while with the Knicks, Kanter didn’t travel to London for a game because he was fearful of the Turkish president. Turkey’s government issued a warrant for his arrest earlier this year, and it also revoked Kanter’s passport while he was abroad two summers ago, which required American diplomats to intervene so he wouldn’t be sent back to his native country and arrested.

“I want to thank everyone, including politicians, government officials, journalists, activists, other public figures,” he wrote, “and the fans for standing by me during this challenging period. It encourages me to keep it up, and it gives me extra strength on the court.”