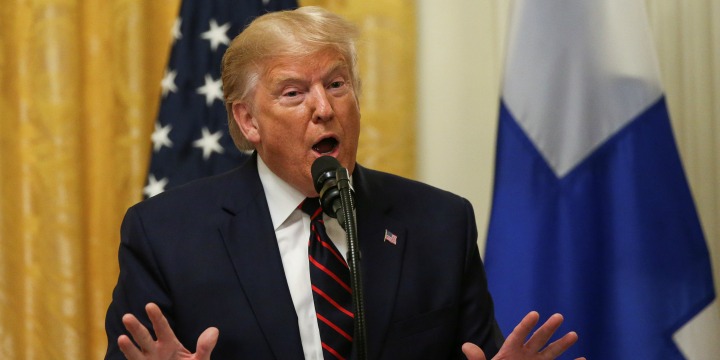 Last week’s overwhelming vote by the House of Representatives in favor of a resolution condemning the genocide of Armenians by the Ottoman Empire from 1915 to 1923 represented a breakthrough. Hard as it may be to believe, the vote was the first time a chamber of Congress officially designated the mass murder of 1.5 million Armenians as an act of genocide.

For decades, legislators have ducked the issue because telling the truth about what happened deeply offends Turkey. The Turkish republic that emerged from the ruins of the Ottoman Empire has always regarded the discussion about what happened to the Armenians as an insult. Ankara has always rejected any admission of responsibility or apology. For decades, it has spent vast amounts on lobbying and spreading disinformation about the history of the Armenian genocide — all aimed at forcing those who interact with the Turks to choose between affirming a historical truth and good relations with a member of the NATO alliance.

GET THE BEST OF THE ALGEMEINER STRAIGHT TO YOUR INBOX!

And that formula worked for them for quite a long time. But the steady drift towards authoritarianism by the government of Recep Tayyip Erdogan and its vicious hatred of Israel has lost it friends in the United States. The Turks’ recent attack on the Kurdish people in northeastern Syria after getting a green light from the Trump administration has reduced the number of their friends in Washington to only a handful. So it was little surprise that the Armenian motion passed overwhelmingly with bipartisan support by a 405-11, with three members voting present.

Most of the attention about that vote was centered on one of those who abstained: Rep. Ilhan Omar (D-MN). Since Omar has spent a disproportionate amount of her time since being elected last year lecturing the world about human rights, her unwillingness to extend the same sympathy that she devotes to the Palestinians to Armenian victims didn’t escape notice

At a rally for presidential candidate Bernie Sanders in Minneapolis on Sunday, Rep. Ilhan Omar (D-MN) told a…

While we are all used to hypocrisy in politicians, this is Olympic-level mendacity of the sort that ought to shame her into silence. She made it worse by echoing Turkish propaganda by issuing a statement that spoke of wanting an “academic consensus outside the push and pull of geopolitics,” as if there was any doubt about what has been documented to have happened.

Even worse, she seemed to think it wrong to single out the Turks for genocide. Her squeamishness about condemning Turkey without mentioning every other crime against humanity in the last several hundred years also brought to mind her single-minded support for the BDS movement, which attacks Israel for boycott and destruction. She believes that the one Jewish state on the planet must be punished, though remains notably silent about the human-rights violations on a massive scale that take place on a regular basis in Islamic countries such as Iran. The fact that she had a friendly meeting with Erdogan also makes it clear that her talk about disdaining “geopolitics” is hogwash.

But while Omar has taken a deserved shellacking from supporters of Israel and even a scolding from left-wing outlets like The Nation, she’s not the only one who has had a blind spot when it comes to Turkey.

At the top of the list right now is President Donald Trump. His willingness to give the Turks a green light for attacking the Kurds in northeastern Syria was indefensible. The Republican Party has stuck with Trump because he has governed like a conservative, benefiting many of their beliefs and programs; plus, they despise the Democrats trying from day one to destroy him. Still, his sympathy for Turkey was a bridge too far for almost everyone in the GOP, as the votes on resolutions on Syria and the Armenians showed.

There are limits even to that demonstration of principle since the Senate’s reluctance to take up the House’s Armenian resolution shows that they don’t want to set up a confrontation with Trump, who would be unlikely to sign the document if they passed it.

Democrats, on the other hand, have no standing to squawk about Trump.

They did nothing to protest the fact that President Barack Obama publicly stated that Erdogan was one of his favorite world leaders, though that occurred at an earlier time. He appeased Erdogan as much, if not more, than Trump. Samantha Power, Obama’s Ambassador to the United Nations, wrote in The New York Times criticizing Trump. Although she won a Pulitzer Prize for writing about the responsibility to protect defenseless populations from genocide, she did nothing publicly to promote that issue or to act against mass murder in Syria during her time at the United Nations.

Yet the list of hypocrites on Armenian genocide would not be complete without mentioning the role of the pro-Israel community in the past.

As long as Turkey was friendly with Israel, Jewish groups swallowed their principles and didn’t join with the Armenian community in spite of their rhetoric about the Holocaust and the need to stop future genocides. Former Anti-Defamation League head Abe Foxman took a lot of heat on the issue. But he stood his ground because he considered preserving good relations between Israel and Turkey — the first Islamic country to recognize Israel, added by its strong military and economic ties in the past — was more important. Sticking with the Turks seemed to aid the Jewish state’s ability to defend itself against threatened genocidal attacks from Iran.

But Erdogan, who is a vocal supporter of Hamas, and has repeatedly slandered and denigrated Israel, changed all that. As he gained total power in Ankara, supporters of Israel, including Foxman, realized that there was no point continuing to kowtow to the Turks’ irrational refusal to tell the truth about their history.

The long list of hypocrites on Turkey demonstrates that realpolitik usually has more to say about views about history than principles. But as bad as it may be for those like Trump, who don’t grandstand about their devotion to human rights, to turn a blind eye to Erdogan’s historical revisionism, it’s even worse for Omar. Every time she opens her mouth about the Palestinians, she should be reminded by her fans in the liberal media that people who support antisemitic movements like BDS and yet are indifferent to Armenian genocide have no standing to pose as defenders of human rights.

BY: Jonathan S. Tobin is editor in chief of JNS — Jewish News Syndicate. Follow him on Twitter at: @jonathans_tobin.

Tags:
Previous Article
Europe, Turkey and a ticking time bomb
Next Article
China is reportedly sending men to sleep in the same beds as Uighur Muslim women while their husbands are in prison camps